West men improve to 2-0 with win at Albemarle 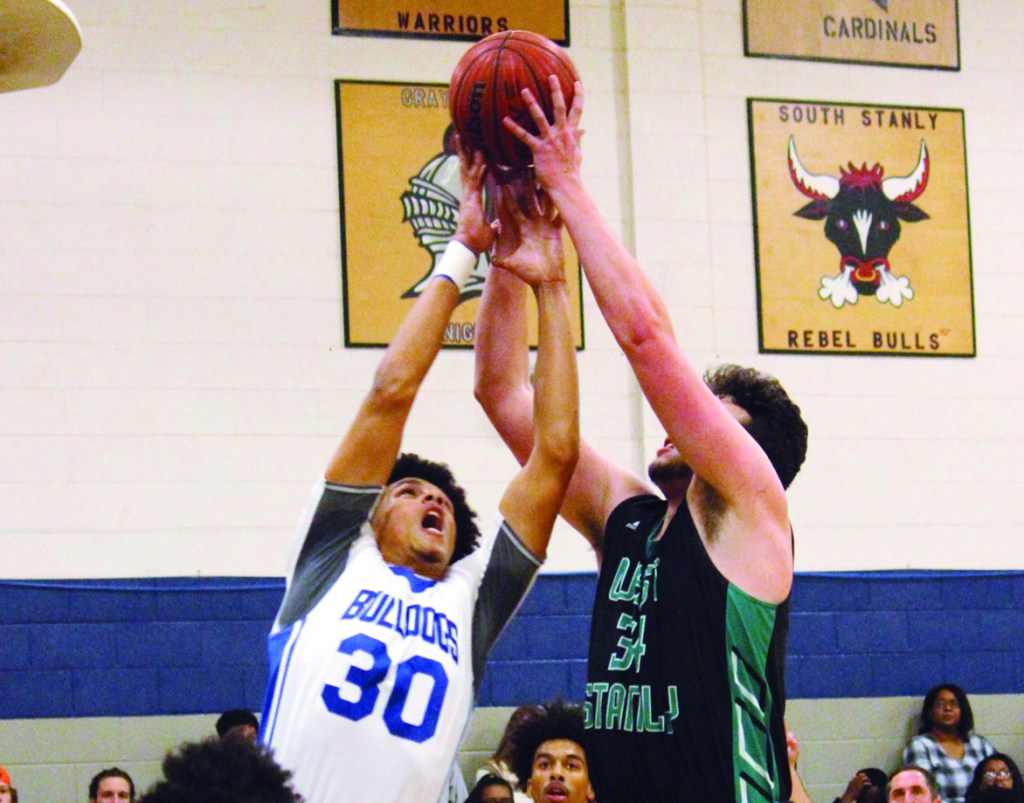 Wednesday’s non-conference men’s basketball game between Albemarle and West Stanly came down to the buzzer. A potential game-tying shot hit the back of the rim as time expired, giving the Colts a 50-47 road win over the Bulldogs.

Hayden Greene led the Colts (2-0) with 17 points including a critical free throw in the final seconds. Greene rebounded a missed shot and drew a foul with 4.5 seconds in the game and West up by two. Making the second of two shots gave West a three-point lead.

Cameron Williams got a long 3-point shot off at the buzzer, but it hit the back of the iron and time ran out. Williams and Marc Raye Jr. each scored 10 points to lead the Bulldogs (1-1).

Albemarle jumped out to an early lead in the first quarter before the Colts rallied with a 9-3 push over the final two minutes of the period. Five points from Trevor Kelly in the run helped the Colts lead 14-13 after one quarter.

West struggled to find offense in the second quarter, shooting 2-of-7 with eight turnovers as the Bulldogs stretched the lead to five points at halftime, 23-18.

The Colts rallied in the third quarter to take the lead with 5:48 left in the period on a Kelly basket. The two teams battled back and forth in the period, with Albemarle scoring in the final minute to lead 33-32 after three quarters.

As the teams continued to exchange leads and ties, Greene scored on a inbound play midway through the fourth, sparking a 6-0 run. Ethan Conner’s 3-pointer put the Colts up 45-39 with 2:40 to play.

Malachi Baldwin kept it a one-possession game for Albemarle with a 3-pointer with 1:20 left. The Bulldogs got as close as one point on a Raye Jr. layup with 32.8 seconds left.