Reginald “Reggie” Roche, 71, of Norwood passed away Saturday, December 1, 2018 in Carolinas HealthCare System Stanly Hospital. A graveside service will be held on Wednesday, December 5, 2018 at 11AM in Fairview Memorial Park with Rev. Joe Smith officiating. Visitation will be held from 6-8PM on Tuesday, 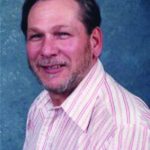 December 4, 2018 at Stanly Funeral and Cremation Care of Albemarle.
Born May 29, 1947 in Stanly County, he was the son of the late Ruth Mauldin Roche and Earl Hanaford Roche. He was a retired Captain with the Center Rural Fire Department and worked as a machinist with both Aeroquip and CCI. Reggie also was a part time security guard at Carolina Forrest.
Reggie was preceded in death by his wife Libby McLeod Roche; son Reggie Wayne Roche, and brother Randolph Roche. He is survived by one daughter, Lynn Rivers Luther (Byron) of Norwood; granddaughter Tiffany Luther of Norwood; great-granddaughter Layla Cromer; and a sister Andrea Roche Dennis of Albemarle.
Memorials may be made to Hospice of Stanly and the Uwharrie, 960 N. First St., Albemarle, NC 28001.
Stanly Funeral and Cremation Care of Albemarle is serving the Roche family.