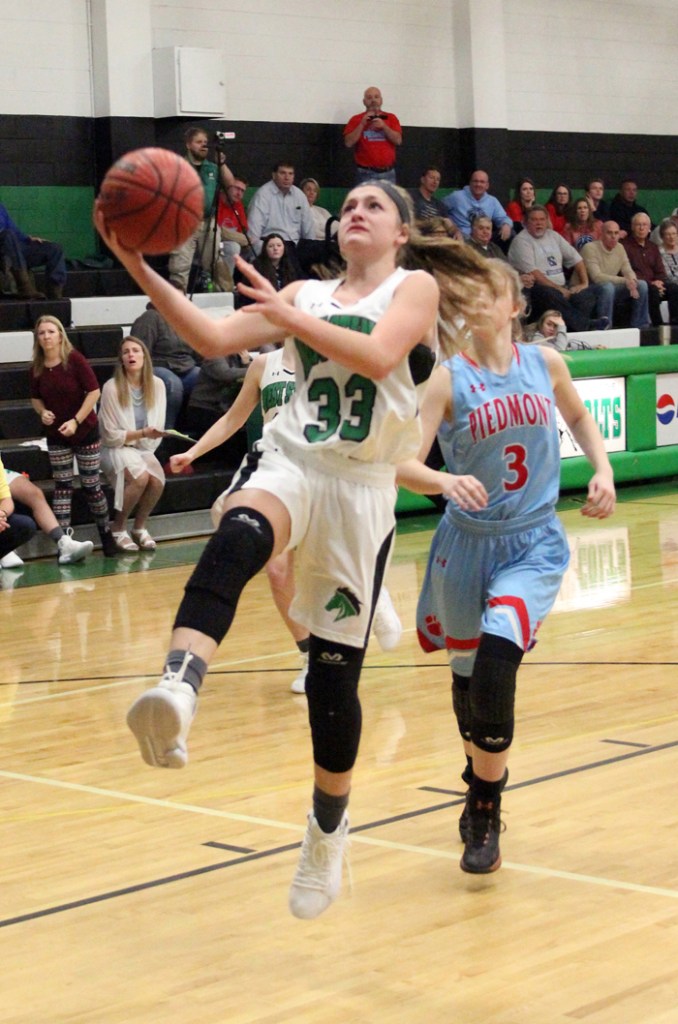 Carmen Bishop gets past the Piedmont defense for a layup attempt in Wednedsay's game. (Photo by Charles Curcio)

Ashley Caraway was the only player in the game to reach double figures in points, scoring 10 to lead Piedmont (4-3).

West head coach Chad Horn returned to the bench on Wednesday to coach the Colts after an undisclosed absence.

Piedmont shot a lower percentage than West overall but had more shots at the hoop in the game. The Panthers finished 15-of-60 overall and were 5-of-16 on 3-pointers, shooting 4-of-10 at the foul line. West was 13-of-36 from the field (36.1 percent) and 1-of-6 from the 3-point arc. The Colts also committed 22 turnovers on offense, while Piedmont had 10 turnovers.

West tied the game twice in the first quarter before losing the lead for good midway through the period. The Colts were outscored the next two periods 20-8 and never got the deficit under double digits in the second half.

The West women return to the court Monday on the road at North Stanly.