Comets even season series with Colts, win at home 63-43 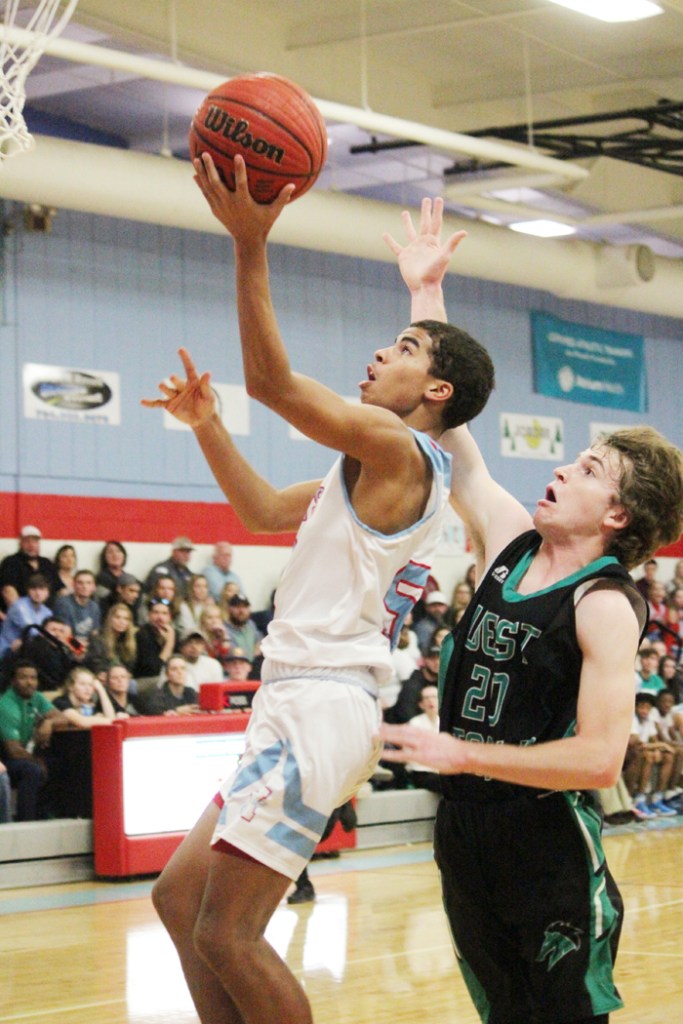 North's Koby Poole drives to the basket against the defense of West guard Nick Parker in Monday's game. (Photo by Charles Curcio)

The highly-anticipated rematch between the men’s basketball teams of North Stanly and West Stanly went in favor of the host Comets Monday night 63-43.

Bryson Childress knocked down six triples and led North (3-2) with 26 points. Carson Lowder scored all 12 0f his points for North in the second half, including 10 in a 19-point third quarter for the Comets.

Nalik Veasley returned to the lineup after serving a two-game suspension for an ejection in the previous game between West and North; he added nine points and a number of rebounds. Veasley and Garrett Clark combined in the paint to limit West center Hayden Greene to a season-low five points.

Austin Medley led West (4-4) with 13 points while Nick Parker added 10. The loss for the Colts was the team’s fourth in a row after opening the season with four straight wins.

The Comets scored eight of the first 10 points in the game and got out a fast start, never trailing in the game. A 12-0 run midway through the second quarter helped North build a double-digit lead and a 32-18 halftime advantage.

“We have gone through a lot of adversity. Things just seem to not have gone our way, which has happened before,” Bryson Childress said after the game. “We have a group of tough guys who have all come together. When we play together as one unit, there is not much we can’t do.”

North head coach Paul Childress said both teams played hard in the game, but North “made some shots in the first half and got a cushion. It’s a tough game anytime we play (the Colts).”

“It feels good to get our core kids all on the court at the same time … now we just need two weeks of practice then we can do some things,” the North coach added.

North will play in the Sam Moir Holiday Tournament at Catawba starting Dec. 26.