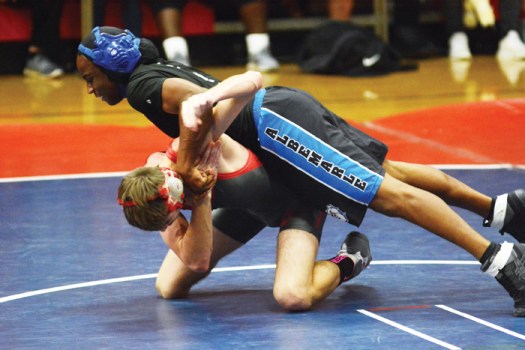 Albemarle wrestler Jylukus Hyatt looks to gain the advantage in his matchup at 152 pounds over South Stanly's Damie Griffin. Hyatt won the matchup on points, 12-11. (Photo by Starla Whitley) 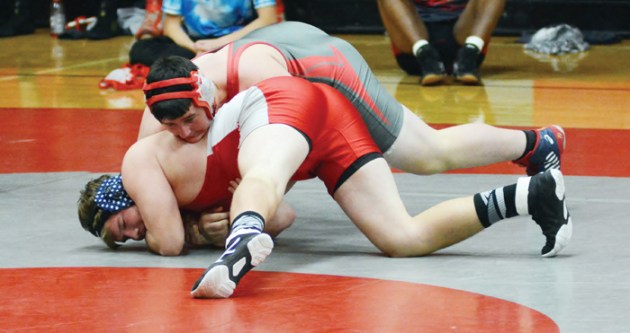 The only decision between the Bulls and Bulldogs went to Albemarle’s Jylukus Hyatt at 152 with a 12-11 win over Damie Griffin. Albemarle also had pinfall wins from Monta Hall (182) and Adrian Little (220).

Hall won at 182 by pinfall versus the Cardinals while Malik Long earned a pinfall win for Albemarle at 145.

Hall and Little won at 182 and 220, respectively, versus the Warriors while Unique Carvalho pinned Union Academy’s heavyweight.

Versus the Eagles, Albemarle had two victoris by forfeit and one on the mat. In the heavyweight matchup, Naqian Carpenter earned a pinfall win for the Bulldogs.