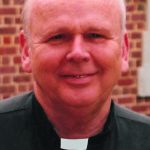 Marvin Brady Aycock, Jr. was born November 30, 1932, in Greenville, SC, to Marvin Brady Aycock, Sr., and Arminda (Mindie) Pruitt Aycock.
He graduated from Greenville High School, studied at Clemson College, served in the Army for two years, graduated from Furman University in 1958, and earned his Master of Divinity degree from Southeastern Baptist Theological Seminary in 1961.
He married Sally Rheta Thompson in 1959 and they had four children, including a daughter who died at birth.
After graduating from seminary, Marvin served as pastor in churches in Elizabeth City, NC, and Winston-Salem, NC, until 1970. He left the Baptist ministry and accepted a position as an alcoholism counselor in Albemarle, NC.
For the next 25 years, he worked with the Piedmont Area Mental Health Authority. He counseled in the general mental health area, was approved by the American Association of Family Therapists, and was a certified social worker and a licensed family and marriage therapist.
He and his wife joined the Episcopal church in Albemarle in 1972, and he became an ordained deacon in 1988. After completing a year of Anglican Studies at General Theological Seminary in New York City in 1993-94, he was ordained a priest in 1995.
He served as associate minister at St. Andrew’s in Charlotte, NC, and priest at Emmanuel and All Saints’ in Warrenton, NC; St. Paul’s and St. Matthew’s in Salisbury, NC; and St. Paul’s in Thomasville, NC.
He is pre-deceased by his sister June Aycock King (Fred).
He is survived by his brother John Belton Aycock (Helen); wife Sally; children Amy Aycock Cole (Franklin), Albemarle, NC, David King Aycock, New Orleans, and Clark Allen Aycock (Lisa Witler), Asheville, NC; grandchildren LaShonda Aycock (Jimmy Isbill), Christopher Aycock (Emily Morton), and John Patrick Aycock; and great-grandchildren Rayden Isbill, Kerri Isbill, and Savannah Aycock.
Marvin chose to have his body sent to the Whole Body Donation Program at Wake Forest School of Medicine to be used for medical courses and studies.
A funeral service will be held at St. Barnabas’ Episcopal Church in Greensboro in January.
In lieu of flowers, donations may be made to the St. Barnabas’ Episcopal Church Sanctuary Fund, 1300 Jefferson Road, Greensboro, NC 27410 or the Greensboro Housing Coalition, 122 North Elm Street, Greensboro, NC 27402.
If you would like to contact the family, call (641) 715-3900 and enter extension 859039# or email mbaycockobit@yahoo.com.