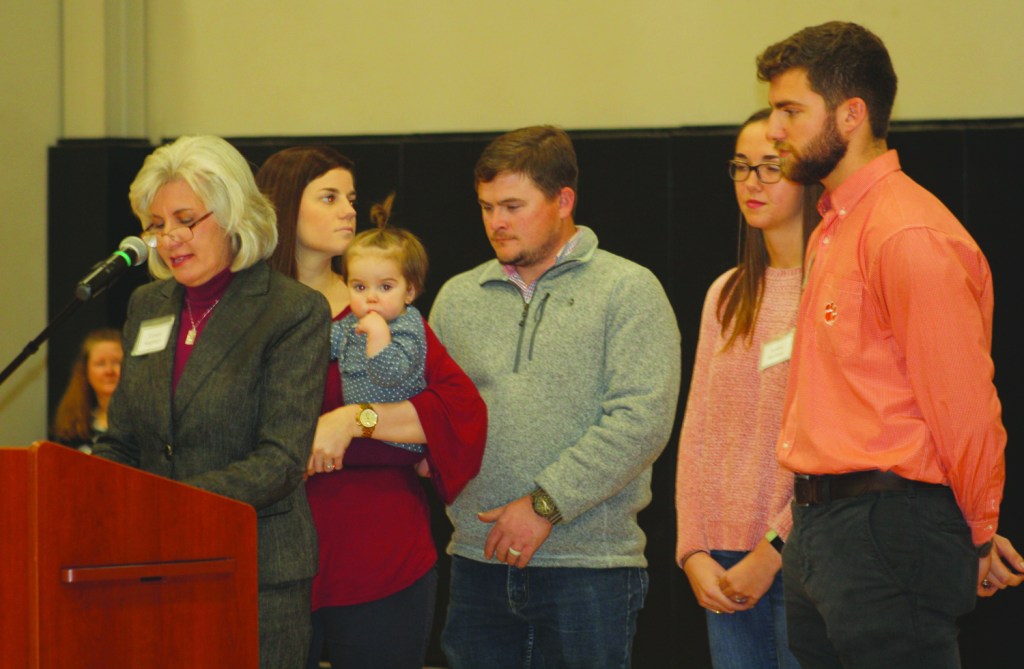 H. Earl “Bud” Singletary Jr. and his wife Tamara became friends with Gray Stone Day School founder Helen Nance and her husband, Jim, long before the school was a thought.

Jim served on the board of directors of Bank of Stanly, where Tamara has worked for 35 years. The Singletary and Nance families were neighbors and became friends and their children became friends. 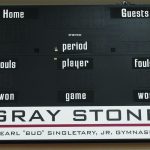 The Gray Stone scoreboard is adorned with the name of H. Earl “Bud” Singletary Jr.

When Gray Stone was being created, Bud Singletary stepped up and became chairman of the board — and Gray Stone became part of the family.

Though he left this world on Jan. 25, 2016, the family of Singletary and the school he helped create have further etched his name in history so future generations will know him and he did for the institution.

“This place was very special to Bud, and is to me,” Tamara Singletary said at a dedication of the school’s gymnasium Dec. 14.

“He was dedicated to its purpose and worked diligently alongside Mrs. Nance, the administration, faculty, staff and students since its inception,” she added.

“He believed it would have a great impact upon many people. Both of our children, Lauren and David, graduated from Gray Stone, and with great pride as chairman of the board, he presented them with their high school diplomas and big hugs.”

Tamara spoke of how her husband said it was important for him to have Gray Stone as part of his legacy one day.

“Today, you have fostered his legacy by naming our gymnasium with his name,” she said. “He felt athletic opportunities were essential for our students and their overall growth. I know he is smiling down on us tonight, and will always be cheering on our Knights.”

Gray Stone opened the gymnasium in 2011 against the same basketball team, South Stanly. Tamara Chambers sang the national anthem at the dedication, just as she had seven years ago, and Tamara Singletary is a graduate of South, all factors Helen Nance said made the dedication even more meaningful.

“I’m just glad the board wanted to do this for all Bud did to make Gray Stone a reality and take it to the next level,” Nance said.

In her closing remarks at the dedication Singletary mentioned a quote from Betty Feezor, a home economist who offered advice to viewers through a television show on WBTV Channel 3.

“The quote is, ‘Live, so that when you are gone, it will have mattered.’ Bud’s work here at Gray Stone mattered — as did his work as a father, husband, son, brother, U.S. Marine, attorney, church worker and many other endeavors with which he was involved,” Singletary said. “I’m sure he would want all of us to be reminded to make a difference in other people’s lives. I think that’s what he helped do.

“Make sure your work matters for the betterment of a greater cause than yourself.”