Dinner for all on Christmas 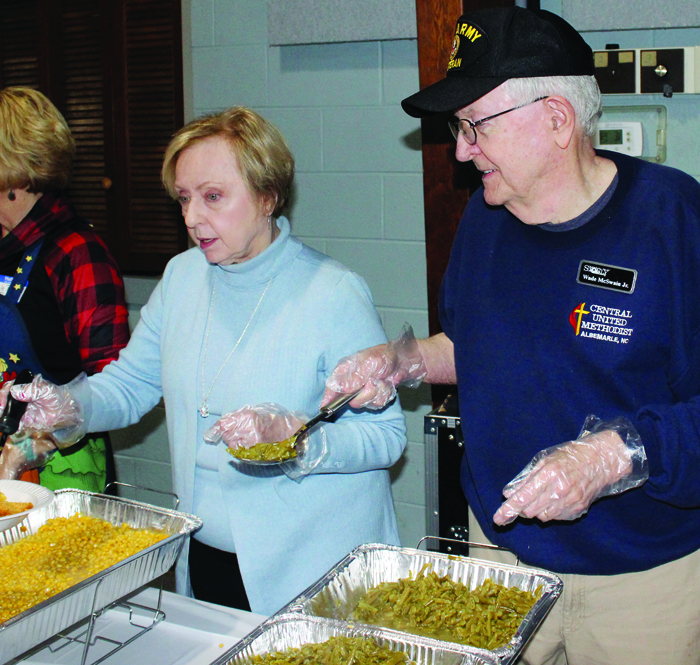 With holiday music filling the fellowship hall at Central United Methodist Church on Christmas Day, volunteers gathered from many local area churches to help prepare and serve a hearty holiday meal for the community.

More than 1,100 meals were served both in the fellowship hall and at Central’s youth center located on North Street.

Members of local Boy Scout troops helped to coordinate traffic on North Street as more than 530 meals were picked up at the drive-thru/take-out location.

Volunteers from the kitchen at Central helped prepare a meal of turkey and dressing, ham, sweet potato casserole, green beans and corn along with gravy, rolls and dessert.

Earl Bradshaw, senior pastor at Central UMC, spoke about the meaningfulness of the community dinner in what it meant to the church’s congregation and all the volunteers as a whole.

“It was such a blessing to participate in this community dinner,” Bradshaw said.
“One of the most touching parts of the ministry event was to see the true joy shown by all the volunteers.”

Bradshaw said hosting the dinner “is a large undertaking before, during and after but the genuine display of happiness, service and joy was so meaningful.”