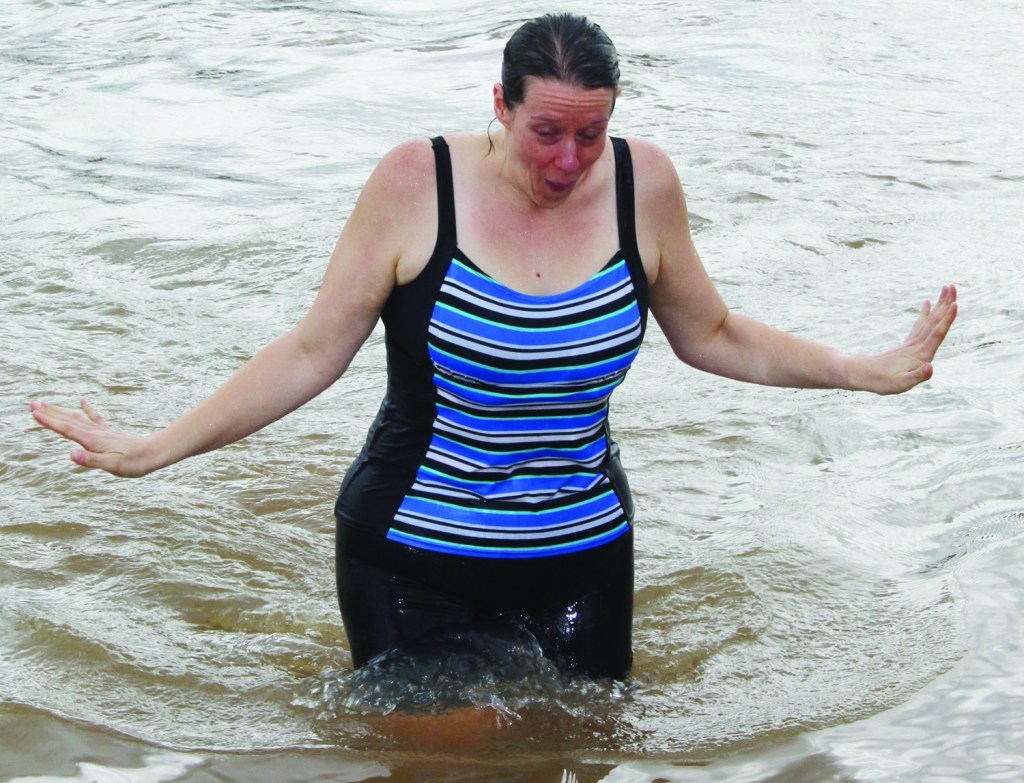 Drew Laucher, head of the Badin Lake Polar Bear Club, has organized the annual event to ring in the new year since 2007, when he and his friends talked about doing it.

“I grew up in the North; here it’s not that cold to get in (the water) on New Year’s Day,” Laucher said.

Tuesday’s weather was warmer than some of the past events, Laucher said, though temperatures in the 70s had happened several times. One year, he noted, the wind chill factor was below 20 degrees, while another year the group sauntered into the water as snowflakes were falling.

Because of low lake levels one year, the Polar Bear Group moved the Plunge over to the Tuckertown resevoir.

There is only one rule with the Polar Plunge: participants must put their head under the water and do a true plunge.

Laucher explained other cold water swimming fans often cut holes in ice over frozen lakes to swim so his groups feels “we can (swim) in Badin Lake any time of year.”

The excitement and adrenaline rush are why Laucher said he does the event along with seeing people annually he may not see otherwise.

“Bracing is a good word (for the cold water),” Laucher said, adding when one comes out of the water, “if you have any cobwebs from Dec. 31, you blast into the new year with a clear mind.”

Participants ranged in age from young children to older adults, including 65-year-old Bill Burris, who took the Polar Plunge for the first time. Having lived in Florida for years, he enjoyed swimming in the winter months, but in turning 65, he decided to do the plunge because it would be “one heck of a way to start the new year.”

Another first-time participant, Tracy Davis, said she was not cold after the swim and it felt “refreshing.” Having been a spectator videotaping participants in past years, Davis decided to jump in “to make a new start this year.”

Many participants moved on from the swimming area off N.C. Highway 740 in Badin to the after party at Five Points Public House to warm up.