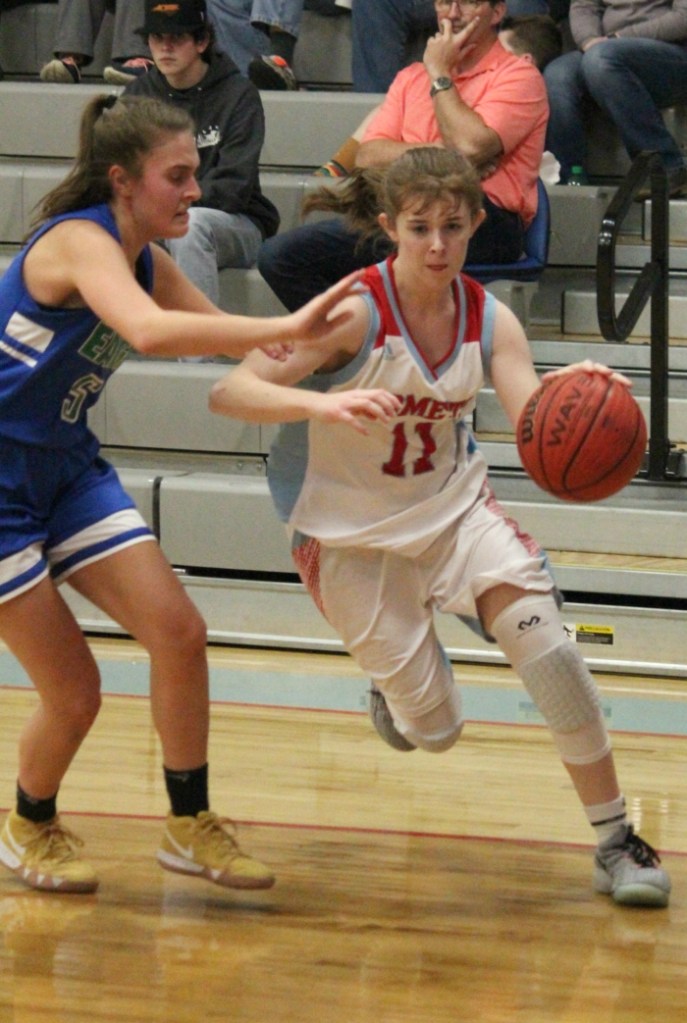 Wednesday’s Yadkin Valley Conference home basketball game for the North Stanly women came down to the final seconds, but the Comets came up just short, losing to the Uwharrie Charter Eagles 47-44.

Peyton Landis led North with 13 points but fouled out with just under two minutes left in the game. Lexi Goode reached double figures for the Comets with 12.

The Comets trailed by as much as 13 with 3:44 left in the game, 44-30, before staging a late rally.
Landis scored five points, including an old-fashioned three-point play, to pull the Comets within six, 43-37, with 2:20 remaining.

With 43 seconds left in the game, Lexi Goode made it a one-point game with a 3-pointer.

Leonard was fouled and hit two free throws with 34 seconds left to put the Eagles back up by three, but the Comets responded. After a missed free throw, Abby Roseman got the offensive rebound and scored to pull North within one, 45-44.

Beeson hit two foul shots with 9.9 seconds left to push the visitors’ lead to three. The Comets then turned the ball over seconds later.

North again fouled Beeson, who missed both free throws with 4.7 seconds left. The Comets got a chance at the buzzer, but Goode was unable to get a shot up in the front court.

“We played hard tonight; we had a lot of turnovers and missed easy shots,” North coach Greg Speight said.

“I was proud of the fact we did not quit and had a chance; we got a good look at the end.”

The Comets take on South Stanly at home Friday night; the Bulls lost to South Davidson on Wednesday, 44-22.