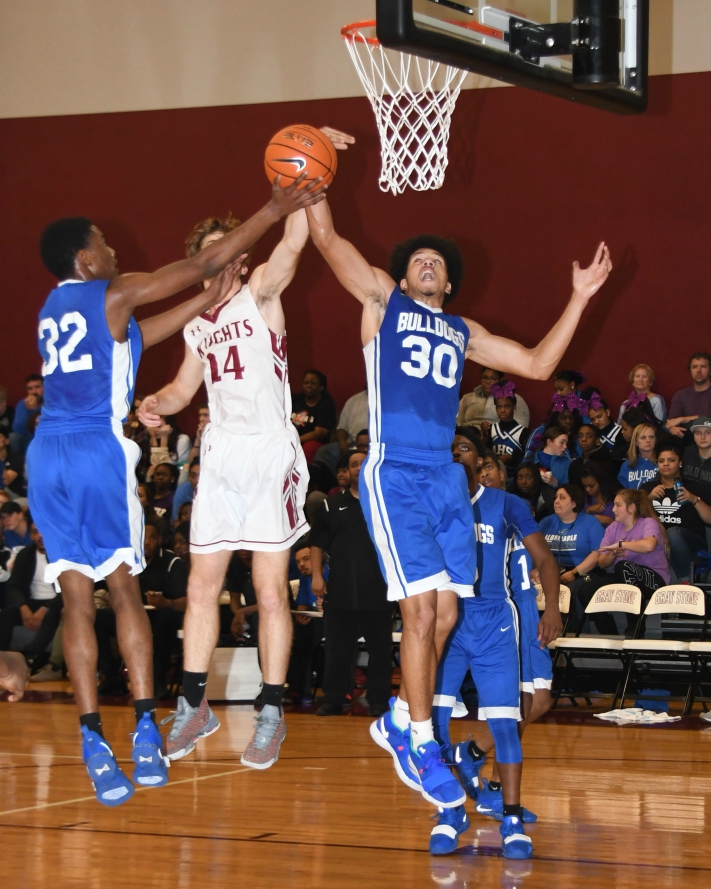 Albemarle's Nhazer Little (No. 32) and Brandon Christian battle for the ball with Gray Stone's Alex McDow in Friday's game. (Photo by Jeff Balfrey) 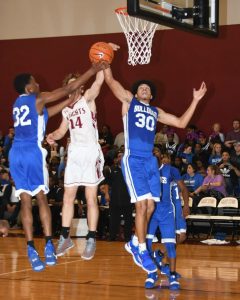 Albemarle’s Nhazer Little (No. 32) and Brandon Christian battle for the ball with Gray Stone’s Alex McDow in Friday’s game. (Photo by Jeff Balfrey)

Albemarle built a 40-22 lead at halftime, including outscoring the Knights by 14 in the second period.

Late in the third quarter, tempers flared between the two teams. Dead ball flagrant technicals and disqualifications were issued to Gray Stone’s McDow and Albemarle’s Gage Dennis. Both will be available to play in the teams’ next games.

Coach Raye said Ali Currie and Josh Megson both stood out in the game.

“I wanted to get my three freshmen in at the end of the game to get that experience,” Raye said.