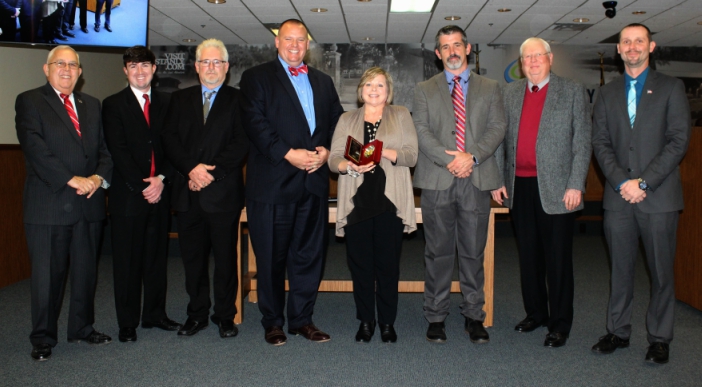 The Stanly County Board of Commissioners made a number of appointments to local boards at Monday’s meeting, including several which differed from the recommendations of county staff.

Planning Director Michael Sandy presented three names to commissioners for approval of three-year terms on the Planning Board: the appointments of Candice Brasington and Joel Mauldin, along with the reappointment of Kevin Brickman.

Vice Chairman Ashley Morgan instead nominated David Underwood, Michael Williams and Scott Efird to serve on the board. Efird is the Locust planning director and former Stanly County commissioner, while Underwood is a local accountant and farmer; Williams is a retired member of the military.

Morgan said via email that “most boards make recommendations to us when making appointments and sometimes we have different nominations that we would like to see for those same positions.”

Morgan said he nominated the persons because he “felt they would best benefit the board.”

“We get a list of applications and some folks we may know personally and others we can only go off the application,” he added. “It’s not taking anything away from those original nominations, I applaud anyone who is willing to put in an application and serve on a board. We need more people to put applications in for our various boards.”

Commissioner Mike Barbee made the motion to approve the nominations made by Morgan, who seconded the motion. It passed unanimously.

The commissioners also approved Cynthia Fish, David Dulin and Brenda Farmer to terms until 2021 for the Board of Adjustments and appointed Billy Lee as an alternate.

The commissioners also approved two new members for the Transportation Advisory Board: Garry Lewis from the general public and City of Locust Town Administrator Cesar Correa. The Transportation Board still has two vacancies; one has to come from the Norwood / South Stanly area. The other will be whomever is hired as the next director of the Rocky River Rural Planning Organization.
In other business, the board: