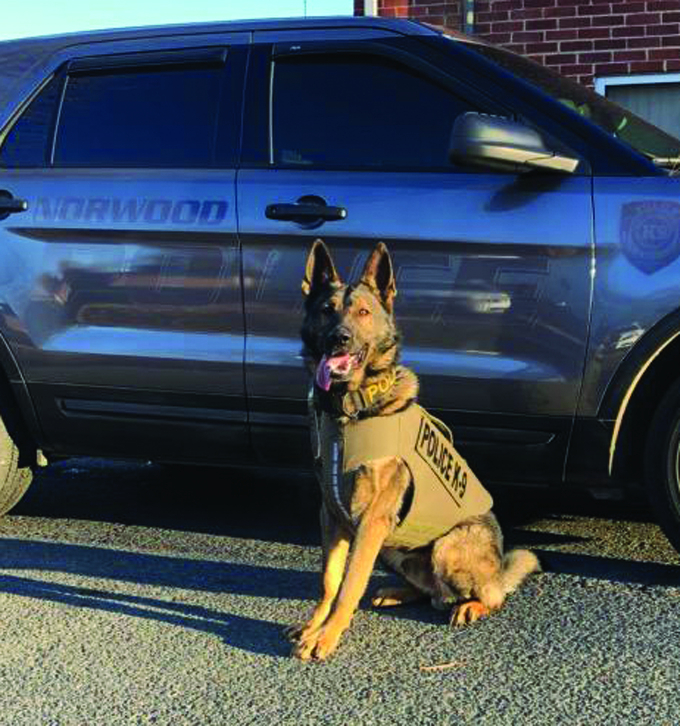 Ajax is ready for his next assignment. He recently received a protective vest to use during work.

When things start getting rough, Norwood Police Officer Ajax now has a vest to keep him protected, just like his two-legged coworkers.

Ajax, a 2-year-old German shepherd, received a bullet and stab protective vest through an anonymous donation from Vested Interest in K9s, Inc., a nonprofit organization. The vest is embroidered with the words, “Honoring those who served and sacrificed.”

Wilson said it is important to give the canine the same protection afforded human officers.

“We’re seeing a higher number of canines here lately being shot and killed in the line of duty so we definitely need to keep them protected as well,” Wilson said.

A message sent to the National Police Dog Foundation for statistics on canine deaths was not immediately returned.

The chief said Ajax is used to track individuals and recover lost items.

“They play a very important role for us,” he said.

Ajax, who began work with Norwood in December 2017, is teamed with Sgt. Levi Crawford.