Kevin Fowler Kluttz, 31, of Charlotte, NC, died on Saturday, December 22, 2018, after a week in CMC Main Neurosurgical Trauma Center following a December 15 car accident on Providence Road. During his time in the NTC, Kevin was visited and attended to by many skilled physicians, nurses, family members, and friends. 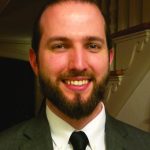 A self-proclaimed “LCD-tanned neckbeard”, Kevin developed a love for PC gaming, computer science, and the endless possibilities inherent in the nature of technology as a child.
Although an idealist and a dreamer, Kevin possessed the type of logical thinking that created the potential to bring ideation into reality. He was a builder. His brilliant and creative mind was constantly sharing knowledge, searching, storing new information, and making connections across time, relationships, and disciplines.
In 2016, Kevin graduated summa cum laude from UNC Charlotte’s Belk College of Business with a Bachelor’s degree in Business Administration and Management.
Requested to stay on as a graduate research assistant, Kevin completed his Master of Science in Cyber Security, summa cum laude, in May of 2018. He was recruited to work as a network engineer for Lockheed Martin and was described as a “very promising young engineer” by his coworkers there.
Kevin was a superb critical thinker with a passion for problem solving.
Coupled with an intensely compassionate nature, Kevin hardly hesitated to take on the problems of others, tirelessly working to find solutions to both seemingly trivial and the deepest of problems for those he cared about. He loved his family and friends immensely.
He found beauty in the broken. He believed in second chances and redemption. He was playful, silly, and serious, simultaneously, at times. He loved music with a message and a good beat. His smile was mischievous and kind, and his laugh contagious.
A lover by nature, Kevin was any dog’s best friend, entertained any kitty’s idiosyncrasies, and enjoyed poking fun at the “hoppy birds” in the snow. Though joy may not have always been readily available to him, his clever mind and joking nature brought joy to others often.
Kevin was preceded in death by his maternal Grandfather and Grandmother, Gordon and Frances Fowler, his uncle Tommy Fowler, and his half-sister Kelly Call.
He is survived by his beloved partner, Cynthia Dick, his mother and step-father, Helen Fowler and Lincoln A Baxter, his father, David Kluttz, his step-brother, Lincoln Baxter III, and his half-sister, Bonnie Kluttz Sammons. He is survived by his step-grandmother Edith Ivey, his aunts and uncles Vincent Fowler, John Fowler, Martha Fowler, Robert Fowler, Elizabeth Fowler-Guthke, and Joseph Fowler. He is survived by his precious cousins Michael and Melinda Guthke, Chris Pfiefer, Katie Bischoff, and Madalyn Greco.
He is also survived by countless close friends and acquaintances whose lives were touched, forever altered, during his brief but spectacular time on Earth.
Kevin’s memorial service will be held on February 9th at 10:30 am at the Unitarian Universalist Church of Charlotte followed by a reception in Freeman Hall. An interment will follow at the Columbarium in Sharon Memorial Gardens.
Donations in lieu of flowers can be made to the following causes to promote the access to knowledge that was so central to Kevin’s mission:
Public Knowledge: https://www.publicknowledge
Public Knowledge Project: https://pkp.sfu.ca/
Honor with Books: the Atkins Library at UNCC will use donations to purchase books/ebooks on cultivating creativity and innovation in various disciplines.
Checks should be made payable to the UNC Charlotte Foundation and mailed to the below address. Enclose a note stating that the gift is designated for the Honor with Books Fund in memory of Kevin Kluttz.
UNC Charlotte, Office of Development, 9201 University City Blvd, Charlotte, NC 28223
Sign up to volunteer for assisting the blind via the smartphone app “Be My Eyes” www.bemyeyes.com
Condolences may be left for the family at www.McEwenFS.com