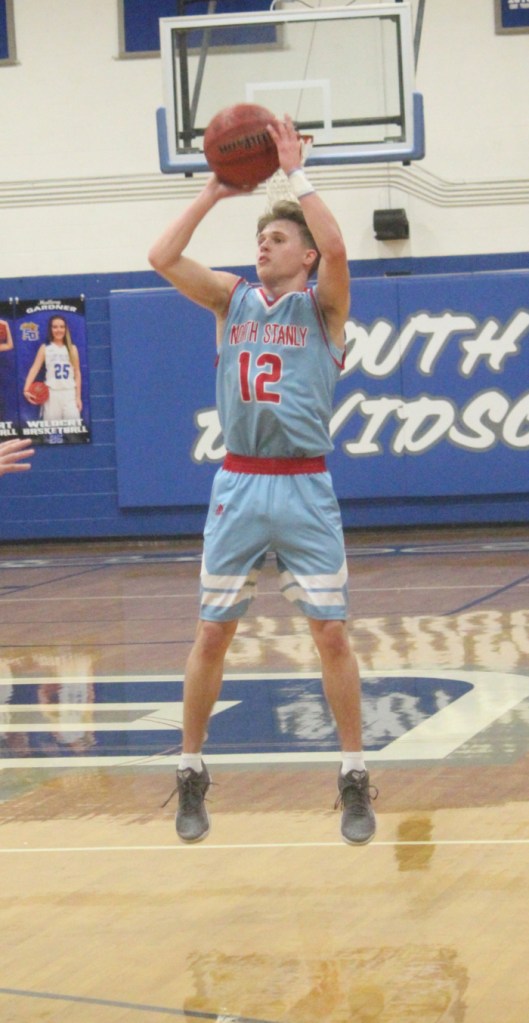 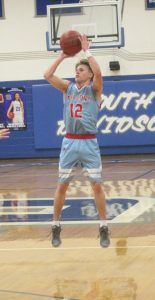 Childress entered Friday’s game needing 12 points to break the previous mark of 1,762 set in 2015 by his former teammate, Stephen Misenheimer. His left-wing 3-pointer with 6:34 left in the second period broke the record.

The senior guard led three in double figures for the Comets (9-5, 6-2 YVC) with 27 points, including 22 in the first half. Nalik Veasley added 17 and Carson Lowder scored 13 for North.

“I try not to worry about things like that; I just try to get wins with my teammates,” Childress said about breaking the record. “It’s hard not to think about things like this sometimes, but when you get them out of the way, you go right back to winning and doing stuff.”

Childress said his teammates “were as happy as me” to set the mark, adding: “I’ve been blessed with guys I can play off the ball with, guys that have been so unselfish.” He credited guys like Misenheimer, Luke Gibson and his brother, P.T., for their efforts in the past while saying his teammates this year are as happy about the record as he is.

“Not many people are as fortunate as I’ve been to have the guys around me and the coaches that care, like (former North coach) Chris Misenheimer and my dad,” referring to Paul Childress, the current coach of the Comets.

A physical game saw 43 fouls called between the teams, including one ejection. With 2:37 left in the third quarter and North up 61-26, Childress drove the lane and was fouled hard by Isaiah Ramsey, sending the Comet guard to the floor with a knee injury.

Ramsey was assessed a flagrant intentional foul and was disqualified from the game, while a warning was issued to South Davidson coach Chadwick Ellington.

The game was delayed for several minutes while Davidson County deputies came onto the court to get between the two teams while Childress hobbled to the North bench. Emotions on both benches and bleachers eventually settled down. Childress made three of four free throws, then sat the rest of the game.

After the game, Childress said the injury to his left knee was on a play similar to one in the Comets’ game this season against South Stanly. He added getting hit like he did “scares you more than anything.”

A scrappy effort by the Wildcats kept the hosts close to North in the first quarter. South Davidson led 7-3 before a 7-0 run put the Comets up for good. Two Lowder free throws in the final second of the period put the visitors 21-15.

North’s offense continued to click in the second quarter while the Comets’ defense clamped down on South Davidson. The visitors outscored the Wildcats by 16 in the second and led 46-24 at halftime.

The Comets kept South Davidson off the scoreboard for a seven-minute stretch in the third. Dyson Bell’s bucket with 1:48 left in the third started a running clock for the remainder of the game.

Paul Childress talked about his son setting the record, saying he had “a lot of emotions tonight so it’s hard to get thoughts together.”

“We have a saying in our locker room: ‘Sometimes me, sometimes you, but always us.’ What we mean is different guys have different roles. We want guys to have individual success, but in the end we are more concerned about our team,” the coach added.

The coach said Bryson’s teammates “are happy for him. He has worked at it for four years and been very lucky health-wise, teammate-wise and coaching-wise. He played with some good kids.”

Regarding the foul, Coach Childress said “he’s a tough competitive kid. It’s going to be sore; we’ll see how much he plays next week. He’ll try to get healthy and we’ll move on.”

“I don’t think they meant to be dirty; they play so hard that they were diving at ankles and knees,” the coach said. “It was a heated game. You can’t be mad at someone for playing hard; you just have to play hard to protect yourself. It was an unfortunate play.”

North’s coach credited the efforts of Veasley and Garrett Clark, saying they “really rebounded the ball well for us. They don’t always look to score for us as much as they could, but they rebound and defend for us.” He also added Lowder “just does all the things we have needed for the past three years.”

Bryson Childress’ status for games at A.L. Brown Wednesday and at Pfeiffer Friday against Albemarle is not known yet.

Regarding the win, he said: “you never want to lose a trap game like this; you just want to go in and get it done.”