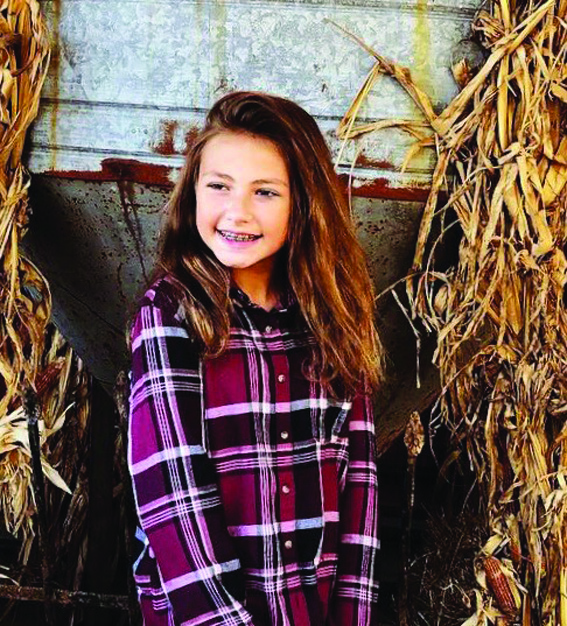 Madison McRae, a sixth-grader at West Stanly Middle School, is facing treatment for a form of brain cancer.

Madison McRae began complaining of headaches and pressure above her eyes in early December. Renee, her mom, took her to the doctor for treatment of a possible sinus infection. When five days had passed and she was not any better, her prescription was changed for another few days, Renee said.

Her mom took her to a chiropractor, believing it could be a misalignment. Then came blood work.

A MRI a day after school let out for winter break revealed a form of a cancerous brain tumor.

Madison was rushed to Levine Children’s Hospital in Charlotte where it was revealed she had a tumor where the spinal cord connects with the brain.

“It had affected her vision,” Renee McRae said, adding her daughter’s eyes had crossed in and she was seeing double vision.

Her first surgery relieved fluid around the spot, with a second surgery aiming to remove the tumor. Renee said doctors do not know if all the tumor was removed, thus the trip to St. Jude for six weeks of proton radiation.

Renee is asking for prayers and for “anybody and everybody who can pray for us to do so.”

The community has responded with prayers as well as a benefit.

Kesha Smith knows the family, as her daughter plays on a softball team with Madison’s older sister.

Smith and Ashley Hartsell have helped organize a sale of whole Boston butts. Pre-orders are being accepted through Feb. 1 at $40 each. Smith can be contacted at 980-521-3429 while Hartsell can be reached at 704-984-0224. Orders will be available to be picked up at noon Feb. 9 at Locust Community Building, 101 Park Dr., Locust.

In addition to the benefit, a raffle is planned as well as a T-shirt sale. Shirts are $20 each and may be picked up as well at the benefit.

“We would like our community to come together in support of this wonderful family,” Smith said..

“She’s not said anything negative,” Renee aid. “She’s keeping her head high. She’s asking everyone to be honest with her.”

“The whole school has been invited to write notes of encouragement for Maddie and put them in the box to give to her soon,” Griffin said.

Besides the school and community, Renee says Madison’s travel volleyball team and other friends have been supportive, showing words of encouragement and dropping off items.