Lois Marie Harris Burris, 90, of Albemarle, passed away at the home of her daughter, Diane Anderson on Saturday morning, January 26, 2019.
She was born May 25, 1928 in Oakboro, to the late Lee and Lilly Harris.
She was also preceded in death by her loving husband of 67 years, Claudie Harding Burris. 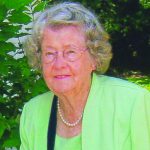