“Once in a generation”: Oakboro community mourns the passing of local icon Ted Lilly
ADDC cancels Holiday Tour of Homes due to COVID 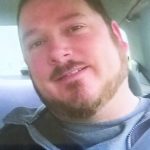 Online condolences may be made at www.hartsellfh.com

Cornelia Ussery Blackwell, 96, of Albemarle passed away Monday, January 28, 2019 in CHS-Stanly. Her funeral service will be 3... read more