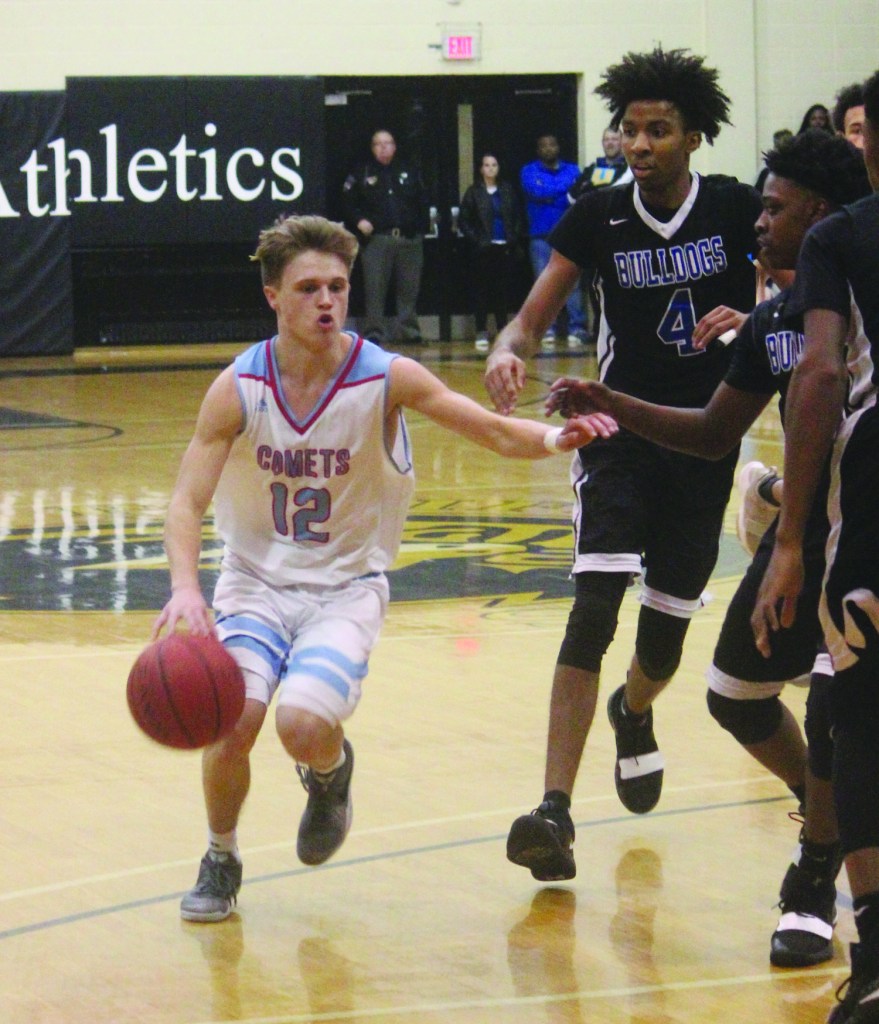 In Friday’s win, Childress connected three times on 3-pointers, made six baskets and was 13-of-14 at the free-throw line.

“It really means a lot and it’s an honor to be able to hold that record with some of the great players to come through this county. I’ve been so blessed with great teammates and a family that’s helped me through my highs and lows,” Childress said about breaking the record.

“Coach Bobby Lutz told our AAU team this summer while coaching, ‘Sometimes me, sometimes you, always us.’ This is something I have really kept in mind while achieving some of these records. It’s a great personal achievement, but It couldn’t of been done without all of the support I have had from the guys I’ve played with over the years. It’s always been a team effort with me scoring the ball; I couldn’t of done it without them.”

Paul Childress, Bryson’s coach and father, said he has “been blessed to get to develop a unique perspective in dealing with kids.” He noted individual honors are a reflection of the teams Bryson played on as a whole, adding he “has been blessed with a lot of good teammates, friends and coaches over the past four years.”

Coach Childress also thanked God for “the gifts that he has given to Bryson and all the kids that participate in sports. We are just as thankful for the strength that God also gives these kids that gives them the ability to put themselves out there to compete in front of the public.”

The North coach said before any player gets to the high points like setting a record there have been a lot of lows as well, but he is “so thankful for the toughness and strength that God gives to him and all of these kids that allows them to grow as they play high school athletics.”

Regrading Bryson’s career, Coach Childress said it’s “been a fun four years for Bryson and his teammates; we will see if we can make a really strong push as we come down the stretch this year.”

North Stanly has a number of team goals heading into the final two weeks of the season, Coach Childress said, adding that as the state tournament comes around, the team wants to focus on those goals.

“We will have a lot of good teams that we will have to compete against but really think we are figuring some things out here at the right time of the season.”