Kenneth Alexander “Alex” Furr, 57, of Myrtle Beach, SC, passed away on Wednesday, January 23, 2019 at Atrium Health Northeast.
His funeral service will be held at 2 pm Tuesday February 5, 2019 in Grace Baptist Church with Rev. Delane Burris and Rev. Jeremy Holt officiating. The family will receive friends from 11 am until 1 pm prior to the service at Grace Baptist Church. 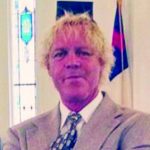 Alex was born February 7, 1961 in Stanly County to Kenneth Kermit Furr of Albemarle and the late Patricia Mabel Lowder Furr. He was a member at First Freewill Baptist Church in Myrtle Beach, SC.
In addition to his father, he is survived by his daughter Brooke LeAnn Furr of Murrells Inlet, SC and his brother Sherrill Scott Furr (Cindy) of Albemarle.
In lieu of flowers donations may be made to assist with funeral expenses, payable to Stanly Funeral & Cremation Care of Albemarle, PO Box 207, Albemarle, NC 28002.
Stanly Funeral and Cremation Care of Albemarle is serving the Furr family.