Griffin: ‘Mullinix was a true statesman who truly loved his community’

After speaking with those who knew him well, a story chronicling his life may be the last thing Bill Mullinix would have wanted.

But after the 92-year-old Richfield resident died Monday, many of his friends agreed his story is one worth telling for the monetary, social and lasting contributions he made to the county. 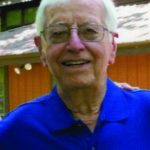 “He has accomplished more in his 92 years than many people would in three lifetimes,” said David Griffin, who was director of the Stanly County Airport for nearly 33 years.

“Bill Mullinix was a true statesman who dearly loved his community, Stanly County and his airport,” Griffin added.

Though the airport is not named for him, the terminal is named the M.W. Mullinix, Sr. Terminal in his honor. Griffin called that gesture a “small, small payment on what he has done on behalf of this county and this airport.”

“It embarrassed him because he didn’t like that kind of attention. That’s just the person he was,” Griffin said.

Although he was never elected to office, multiple friends said he helped get many others elected, by having fundraisers at his cabin.

Griffin said this, along with his connections in the state and federal government, helped get things done, such as funding for the airport and expansions over the years.

“He was one of the most tenacious individuals I’ve ever seen in my life,” Griffin said. “Once he set his mind on a project, he intended to follow through and he did.

“All you have to do is come out to this airport and look around. Everything that has happened and continues to happen is largely in part to Bill Mullinix.”

“We are so fortunate to have a facility out here that is second to none in the state,” Griffin added.

“The airport authority has always been a bipartisan board,” Griffin said. “It’s not a rich man’s playground. You want it run by people with business sense. It’s an economic development tool for the community and it needs to be run like a business. And what better than a person like Bill Mullinix?

“People like Bill and some of the other community members over the years could see the vision, knew it had to be developed for corporate jets,” Griffin added. “It was difficult in the early years to get federal money from the FAA, to get the money we needed. Bill was one of those that had political connections.”

Besides the airport, he supported the local hospital and its foundation, now known as Stanly Health Foundation.

“He was on the founding board of directors in 1990 and remained actively involved for the rest of his life, serving four terms on the board and a total of 24 years on the Stanly Society committee,” said Jane Boone, executive director of the foundation.

The Stanly Society is comprised of donors giving $10,000 or more annually.

“During that time, he was a generous supporter and showed many other leadership supporters how to get involved with the foundation to improve the health of our neighbors in Stanly County,” Boone said. “Bill brought a positive energy to everything he was involved with at the foundation and always had encouraging words for our staff. We will miss his friendship and are grateful for his tireless work to improve life for the people of Stanly County.”

Besides supporting the living, Mullinix supported end of life care. He served two years on the Hospice of Stanly County board of directors.

“Bill’s brilliant mind was always sharing knowledge, storing new information, and making connections across relationships and time,” said Beth Plowman, community outreach manager for Hospice of Stanly & the Uwharrie. “I’ve never known anyone as smart, gracious and sociable as Bill. He brought joy to everyone he met and spending time with him made happiness simple.”

“I personally loved him as much as if I had shared his blood with him,” Hall said. “I loved hearing him tell stories of his time in World War II. I bet I heard them more than a 100 times, but every time they were funny. I was humbled to be with him to soak it up.”

Though many remember him for the larger contributions he made, Hall says he also made smaller gestures that left an imprint.

“He enjoyed the small things in life, appreciated it because he was in that Greatest Generation that is passing away so quickly,” Hall said.

Prior to a surgery in November, Mullinix made sure he had Christmas gifts prepared and that his son knew to present it to those recipients at a certain time, in case the surgery went bad.

Hall will remember his others before self mentality the most.

“Even at 92 years old, if you were going with him somewhere, he would make sure your door was open,” Hall said of the man she considered a “true Southern gentleman.”

“I can remember just so dilligently he was in the to-go area,” she said. “He was the first one there 7:30 or 8 in the morning, helping prepare those to-go meals. He jokingly said to me as he was washing pots, he was the last person there, he always said to me, ‘I’ve had a good life.’”