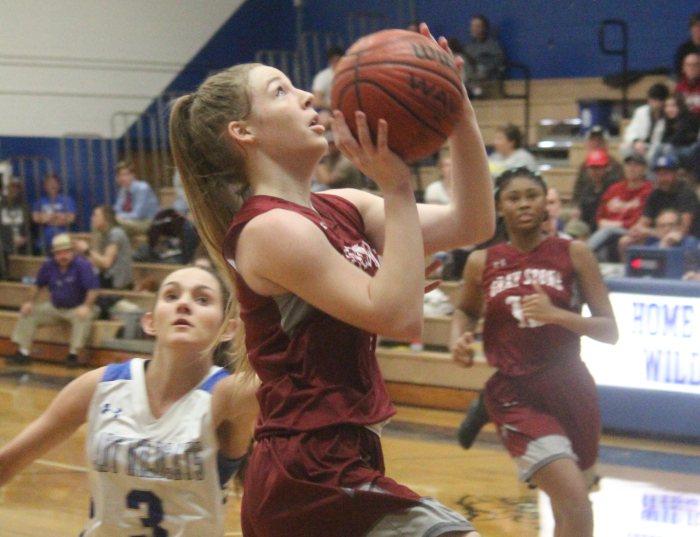 DENTON — The Gray Stone women’s basketball team secured second place in the Yadkin Valley Conference and likely a home game in the state playoffs with a 54-41 win Wednesday against South Davidson.

Lillie Austin added 10 for Gray Stone in the win.

Forcing someone other than Gardner to score was the focus of the Knights’ defense, according to coach Robert Stack.

Gray Stone led by one after one quarter on a buzzer-beating offensive putback by Secorra Medley, going on to outscore the Wildcats in each quarter. The Knights built a six-point halftime lead, then opened the third quarter with a run to force a South Davidson timeout. The Wildcats stayed close, but the Knights pulled away eventually at the free-throw line.

“Every now and then we have an offensive spurt and the goal is to maintain that,” Stack said about the Knights’ efforts early in the second half. “We can play defense, but we’re not always sure what’s going to happen offensively.”

One player who has been leading the team in scoring in a number of recent games is Werts. The Gray Stone guard said she has worked on her passing, adding in practice she has worked on “knowing when to drive and when to shoot.”

Werts added the team tried to put out of its mind what happened last game with the Wildcats, saying “we really didn’t play that well; in this game we really stepped it up.”

After last week’s game at Gray Stone, a win for the Knights, Werts said tension existed between the two teams, but on Wednesday the Knights “got past it; we ignored it and just played our game.”

With the win, Gray Stone will be seeded with the automatic second-place qualifiers for the field of 64 in the upcoming 1A state playoffs. The Knights will also play at home in the first round Monday of the YVC conference tournament. South Davidson will host the YVC semifinals Wednesday and the finals Friday.

Before the postseason, Gray Stone has one more regular-season game Friday when the Knights host North Stanly, who lost at North Rowan, 63-37.