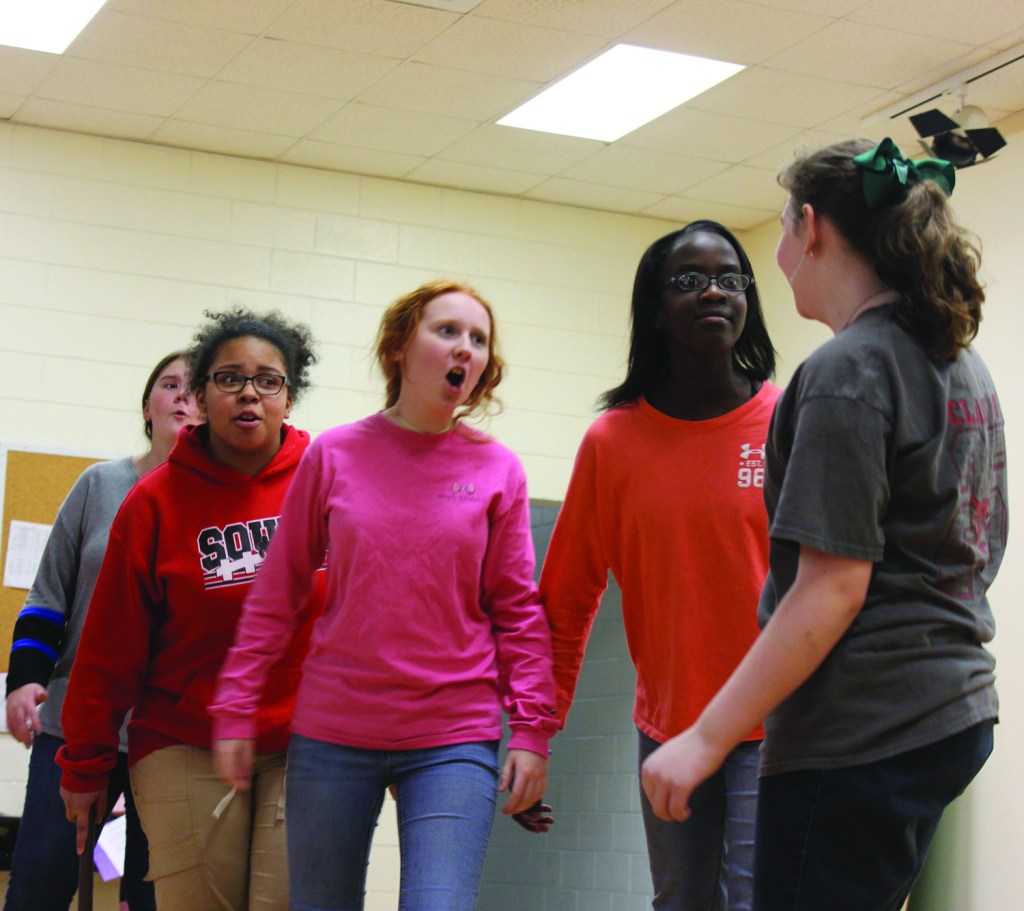 From left: Ashlee Miller, (Cowardly Lion), Kate Poplin (TIn Woodsman), Emma Curlee (Scarecrow), Deborah Justice (Dorothy) and Avamae Anderson (Guardian of the Gate). In this scene, Dorothy, Tin Man, Cowardly Lion and Scarecrow have just returned to Oz after destroying the Wicked Witch. The Guardian is informing them that the Wizard does not want to see them and to come back tomorrow. They are angry.

The South Stanly Middle School Drama Club will perform “The Wonderful Wizard of OZ” by Tim Kelly at 7 p.m. Friday and Saturday in the school gym.

Starla Morris and Lakale Sturdivant-Evans have advised the club, with students spending two hours after school each day rehearsing since the beginning of January.

“We just wanted to give our (drama) kids an opportunity to perform,” Morris said. “This is our sixth year of having a production. We picked this piece because it can have a large cast and we wanted a play that would draw a crowd. And who doesn’t love the Wizard of Oz?”

Admission is $5, with all proceeds going toward the seventh-grade trip to Williamsburg, Va. Preschool-age children are admitted free.

“We have worked really hard on a very small budget,” Morris said. “We would like to thank everyone who has donated time, props or costumes to our production.”