In observance of February as Black History Month, Lilly and local individuals reflected on her success, both at Albemarle Senior High School and now. 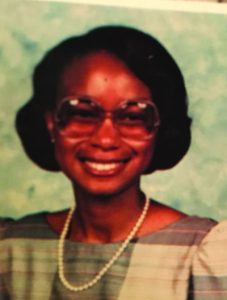 “In hindsight now that I’m older, I realize the significance of it more,” Lilly said. 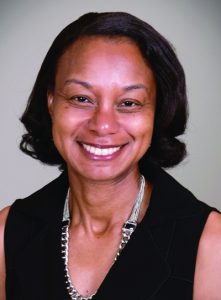 Angie Lilly is now an engineer at Johns Hopkins University.

Lilly now lives in Baltimore and is a systems engineer in the applied physics laboratory at Johns Hopkins University, where she has worked since 1994.

“A team of engineers help with that oversight in ensuring that what they bought is what they’re getting from a contractor and helping them ensure that when they bring all these keys together the system will do what they want it to do,” Lilly said.

She said she thinks she took every math and science class there was at Albemarle, which is what influenced her to go into engineering.

“I just loved numbers, I loved science, I loved just doing my best and helping others around me,” Lilly said.

“I found myself informally tutoring my classmates in math,” she added. “It came just so easy to me. So many times my evening was filled by fielding phone calls from classmates. ‘I need help in this.’ “

Agnes Maske, one of Lilly’s former teachers, remembers seeing this.

“She was a role model for the students,” Maske said. “She was very quiet, but very concerned about her subject matter as well as what was going on in the school concerning the students and the South Albemarle community.”

Maske, who taught her typing, was also her track coach.

Maske said she and Paul Kluttz, who was the driver’s education teacher and assistant track coach, helped mentor her for “whatever her needs might be,” but she credits her family for ultimately helping Lilly succeed.

She said Lilly “had an inner desire to be the best, but she had family support.”

“She was a real great student,” added Dave Holcomb, her U.S. History teacher. “One of the things that made her great, her family pushed her very hard to make sure she got her grades up. She was from a good family.

“The parents who go out and help their children, they become leaders in the community. Most of them do,” he added. “Her attitude was so much different. She had a terrific attitude.”

“She was an incredibly purposeful student. She knew what she wanted to do — and she expected the most of herself,” she said. “There was never any question in my mind that she would be a star in whatever she did and that she would do something in a largely academic setting.”

Lilly believes some of the adults back then would make comments about her achievement.

“I was never one who really was big about being pushed into the spotlight,” she said. “I still think I’m a pretty reserved person. I was never one to flaunt my academic achievements. Being put out there on the stage as valedictorian, I was outside of my comfort zone.”

Lewis Bramlett, who will present a program called “Notable African Americans of Stanly County” on Sunday, gathered information from Lilly a few years ago for a Facebook post. She is one of a select few he will highlight in his program at 2:30 p.m. at the E.E. Waddell Center, 621 Wall St., Albemarle.

“Angie’s father was a self-employed barber and passed away when she was 14 years old,” Bramlett wrote. “Her mother, who worked in a textile factory, did everything she possibly could after her husband’s death to ensure that her daughter was able to attend college.”

She graduated from Duke University in 1990 with a dual major in biomedical and electronic engineering. She obtained a master’s degree in applied mathematics from Johns Hopkins in 1997.

In the middle of all the learning, she married her junior high school sweetheart, Orlando Lilly. They have been married for more than 25 years and have two children, Naomi and Samuel. Naomi is now a student at Duke.

“She has been a role model for her daughter. She is also a student at Duke and being very aggressive,” Maske said.

Lilly said she continues to help youth by mentoring middle school students, “hoping to inspire them to enjoy math as much as I do.”

With the culture and diversity in Stanly County changing over the last 30 years, Lilly said, she would love to see more minorities excel academically.