Cruze back at his friendly job 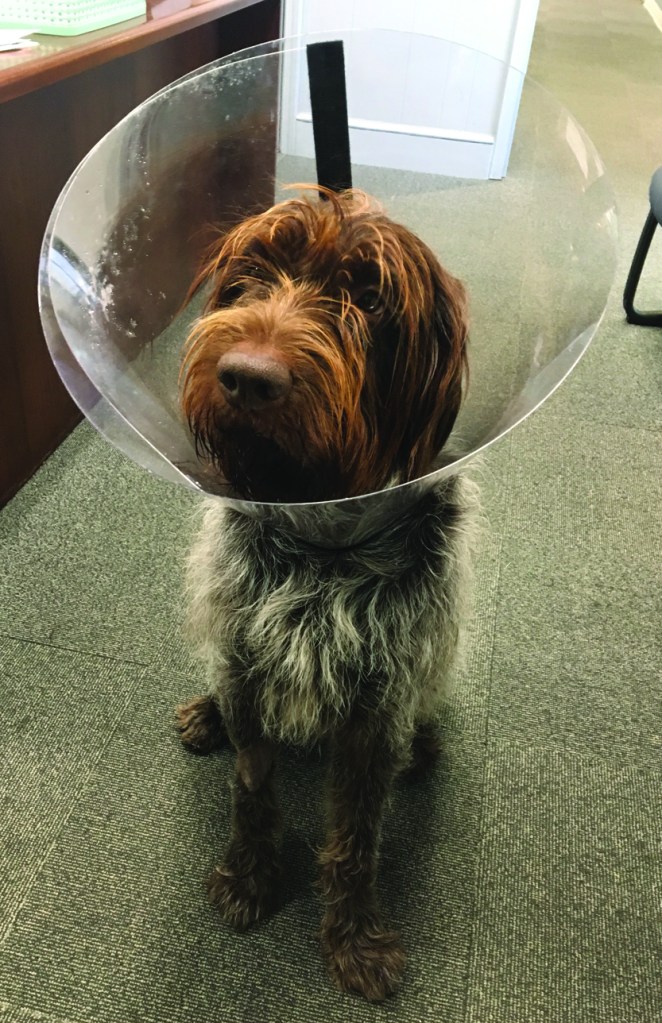 Cruze is recovering following surgery after a hunting accident.

One of Stanly County’s biggest canine celebrities was back in the lot Monday after a hunting accident.

Cruze, a 2-year-old wirehaired pointing griffon who is employed by Friendly Chevrolet in Albemarle, was back on the job despite undergoing a more than four-hour surgery.

“He went to retrieve a quail and went to jump over a log,” said Ashley Birmingham, daughter of dealership owner Dave Odom.

Cruze received a large cut in his side, she said.

She said veterinarians credited his age as contributing to his fast healing.

Or it could be the Nacho Cheese Doritos he loves to snack on.