James Franklin “Frank” Barbee, 69, passed away on February 11, 2019 in Pomaria, S.C. Born in Albemarle, N.C. he was the son of the late James Alford Barbee and Roxy Marie Brown Barbee. 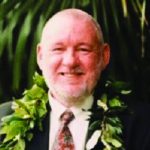 Frank was a devoted Redskins fan, enjoyed Carolina shag dancing, Beach Music and listening to the blues. He was an avid golfer.
He is survived by his son, Eric Barbee, daughter, Jennifer Watts (Keller); step-daughters, Arlene Burnette (Jake), Amber Price, (Ian); brother, Ronnie Barbee, seven grandchildren and one great grandchild. All of who he was extremely proud.
A memorial service picnic is planned for April 27th at Dreher Island State in Prosperity, SC.
Frank was an advocate for organ and tissue donation after receiving a heart transplant in 2008.
Memorial donations may be made in his name to the United Network for Organ Sharing (UNOS) at 700 North 4th Street, Richmond, VA 23219 or at www.unos.org
Arrangements are being handled by First Cremation Society. Online condolences may be made to www.firstcremation.com.