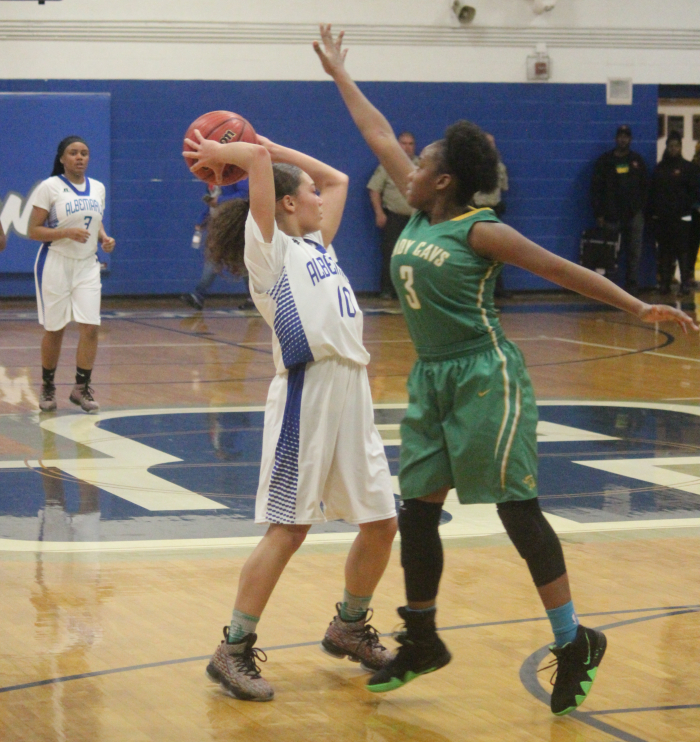 Missed free throws early and late foul trouble contributed to the end of a 15-game win streak for the Albemarle women’s basketball team Friday in the finals of the Yadkin Valley Conference tournament. The Bulldogs’ streak ended as third-seeded North Rowan posted a 67-63 win.

Natavia Taborn was the top scorer in the game and for the Cavaliers (16-11) with 27. Hannah Wilkerson added 17, while Jamiya Daniels scored 12.

The Cavaliers took the lead on a late bucket in the opening quarter and led by as much as nine in the third. A 9-0 Bulldogs run at the end of the third tied the game at 45.

Late in the game, Albemarle took a 62-61 lead on a Tameya Newton three, but Taborn’s bucket with 1:39 left put the Cavs back up for good. The Bulldogs got within one on a free throw with just over a minute left, but North Rowan hit three free throws down the stretch.

“It was hard for us to get into the flow,” Albemarle coach Eric Davis said. “There were some details that we didn’t take care of…that’s really what it came down to.

The loss will not affect the Bulldogs’ seeding; Albemarle earned the top seed from the YVC after finishing the conference schedule undefeated.

Albemarle will be at home on Tuesday in the opening round of the NCHSAA 1A state playoffs.