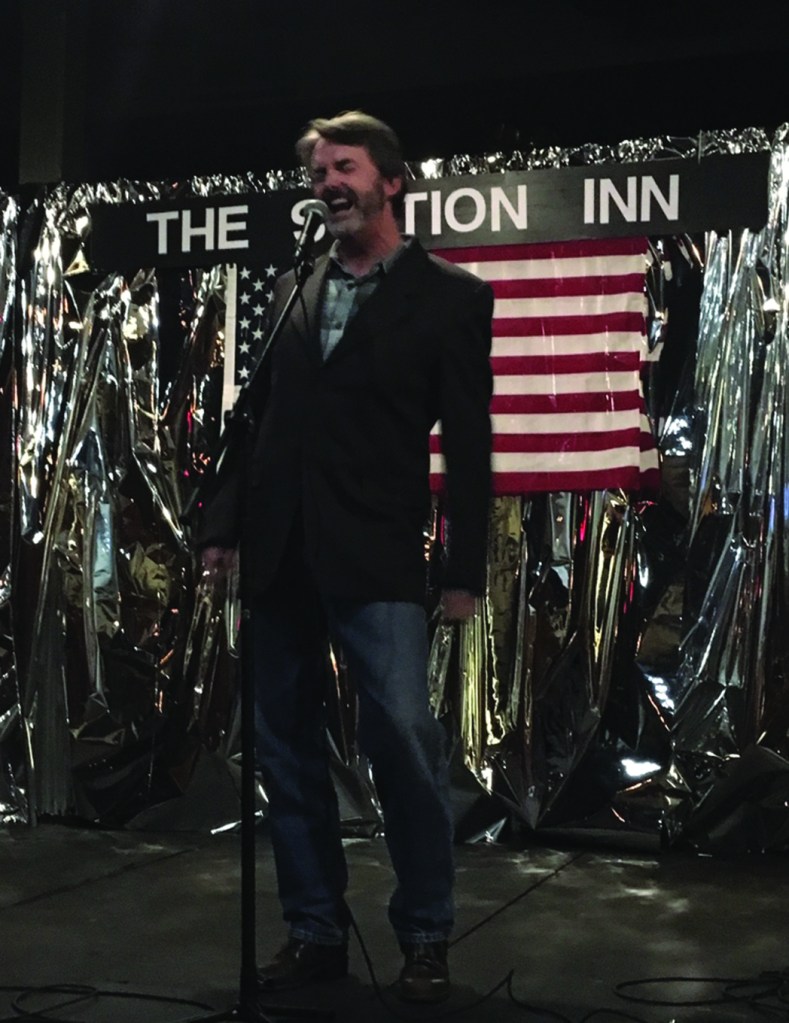 Will Baysinger brings Doyle of “The Doyle and Debbie Show” to life in the Uwharrie Players production. The show opens at 7:30 p.m. Friday at First & Main in downtown Albemarle.

The latest production of the Uwharrie Players may open Friday night, but Will and Kim Baysinger have been living it every day.

The Baysingers, of Midland, portray the title characters in “The Doyle and Debbie Show.”

The characters were inspired by the legendary country duos of George Jones and Tammy Wynette, Conway Twitty and Loretta Lynn and Porter Wagoner and Dolly Parton.

Doyle Mayfield had a string of regional hits with his duet partner Debbie during the ‘70s and ‘80s. But 30 years, four wives and a few Debbies later, Doyle is looking for one last run. He finds his latest duet partner singing at a VFW hall. A single mother of three, Debbie sees Doyle as her ticket to Nashville. As the story unfolds, she realizes otherwise.

“You’ve got this guy who grew up in a time when political correctness was not a thing,” Will Baysinger said of his character, whom he calls “a likable good old boy.”

“A lot of positions and beliefs about the ways things should be back when he was growing up are just not en vogue now,” he said. “It really is a funny fish out of water almost. A lot of humor comes out of him being utterly clueless about the dynamics about men and women.

“We had some very early conversations about the content. We have tamed things down a bit because we certainly don’t want to be offensive,” he added.

Being married, the couple has been able to rehearse more that would be afforded on a usual production, he said.

“Fortunately both myself and my wife have got some directing history. And we’ve done several shows with the Old Courthouse Theatre,” he said. “We end up being able to rehearse at home and talk about things we want to do, and work through our lines and songs and character memorizations.”

The Baysingers actually met on the Old Courthouse Theatre stage more than 20 years ago. They appeared in the 2017 Uwharrie Players’ production of “Mary Poppins,” he as George Banks, a role for which he won Best Supporting Actor for the 2017 season. She was the nanny, Ms. Andrew, for which she won 2017’s Best Musical Performance for “Brimstone and Treacle.”

Karmen Mock Phillips is the secretary for the Uwharrie Players’ board.

“The only direction we gave them was to make sure the characters are as the writer intended,” she said. “It’s unbelievable. They are phenomenal.”

The production will be held in First & Main in Albemarle at 7:30 p.m. Friday and Saturday, with a matinee at 3 p.m. Sunday. It continues at the same times for next Friday through Sunday.