On Thursday, February 28th, 2019, James Reed Furr was welcomed by his Heavenly Father at the age of 70, where he will forever perform on Heaven’s grandest stage.
Reed was born in Albemarle, NC on August 11th, 1948 to the late Ted Penny Furr and the late Mary Rudolph Furr.
He graduated from Albemarle Senior High in 1966 and went on to graduate from UNC-Chapel Hill with an Educational Specialist Degree in Administration. 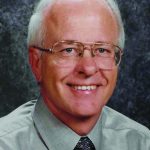 With his educational foundation and his desire to impact the lives of others, Reed went on to a dedicated career of 30 years with the Albemarle City Schools and Stanly County Schools. In addition, Reed also worked at the Southern Piedmont Educational Consortium and Stanly Community College.
Reed has often been described as a champion of the arts within our community. As stated by William Shakespeare, “All the world’s a stage, And all the men and women merely players; They have their exits and their entrances, And one man in his time plays many parts.”
Reed’s life and legacy exemplify this statement. Reed was an integral part of the formation and success of the Uwharrie Players and for over 35 years, he tirelessly devoted his talents and visions to the Players.
He always strived to bring our community magical moments on stage that would never be forgotten. He also had a strong passion for music and shared his talents with our community often performing for churches, civic organizations, schools, The Taylor House, as well as participating in various bands, his most recent being Ironic Distance.
Reed, a Godly Man, lived his life in a manner that served those around him. He was a lifelong member of First Baptist Church, a deacon, a devoted choir member, and served on various committees.
For close to 50 years he was actively involved with the Albemarle Chapter of the Optimist International Club, mentoring youth in various projects such as the Youth in Government, the Oratorical Contest and supporting all Optimist activities.
Marrying his high school sweetheart, Patricia (Patti) Woodall Furr, they built a family on faith, love and laughter. This foundation has been instilled in his sons, Michael Furr and wife Betsy, James Patrick (JP) Furr and wife Julie, and their families.
He cherished his work in the community, but found his greatest joy in being a part of the lives of his grandchildren; Madelyn, Emma, Hayden, Rylan, and Kimarie, as well as the short time spent with grandson, Kaleb James Furr, who preceded him in death.
He is also survived by, Sister Penny Townsend (Bob), Brother Todd Furr (Kelly), nieces, nephews, cousins, and special friends.
On Tuesday, March 5, 2019, a celebration of Reed’s life was held for family and friends. “The best part of a person does not die. The best part of the person is their spirit and it lives. Those left behind keep that spirit alive by living this life to the fullest not by mourning.”
The family request that any memorials be made to First Baptist Church, 202 N. 2nd Street, Albemarle, NC 28001 or to the Boys & Girls Homes of North Carolina (Optimist supported organization), P.O. Box 127, Lake Waccamaw, NC 28450.