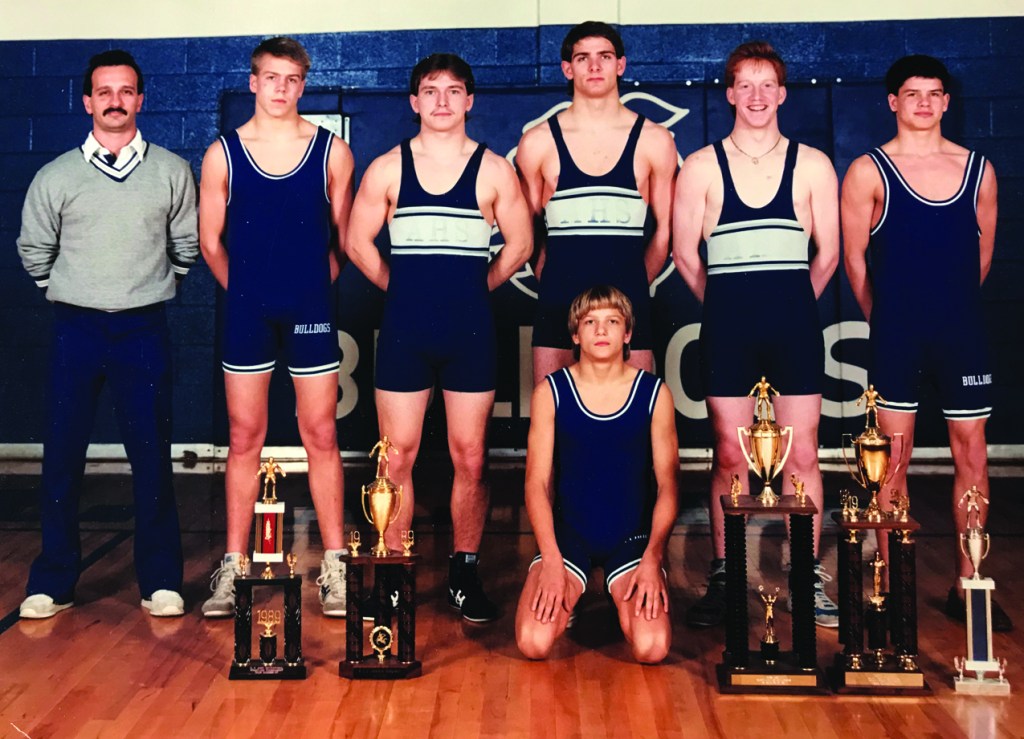 Winning streaks and sports seem to go hand in hand.

The University of Connecticut women’s basketball team had a streak snapped in January. It was the team’s first regulation loss in 209 games.
In professional wrestling, The Undertaker had 21 consecutive Wrestlemania victories. 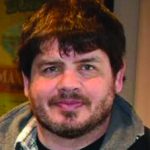 Mike Kendall, formerly of Albemarle, knows a thing or two about wrestling streaks. But none of his involve steel chairs or piledrivers.
Kendall amassed a record of 153-0 wrestling for Albemarle High from 1987 to 1991. He won state championships all four years.

“We were there for four years and we helped put Albemarle on the map with our wrestling credentials,” said Kendall, who coaches Cardiac Kids WC in Arkansas. He trains wrestlers and mixed martial artists.

Kendall calls Albemarle a positive time in his life.

He said after his dad lost many house painting an oil crisis in 1986, the family chose to move the next year from Oklahoma to Albemarle, where his uncle lived.

During a time when he was moving to a place foreign to him, Kendall found something familiar on the wrestling mat. He had two older brothers he grew up watching wrestle and play football.

He recalls his first experience with the mat sport as being in second-grade.

“I can remember competing as a second-grader at 49 pounds. For over a season I didn’t win a whole match,” he said. “But after I won that first match I think I was hooked.”

He steadily moved up weight classes during his high school career, going from 106 as a freshman, to 112 as a sophomore, 119 as a junior and 130 as a senior.

His freshman year the team had seven members, five of which were related, he said.

“He turned out to be, even his freshman year, unbeatable,” coach Samuel Thompson said.

He said during the first meet Kendall beat a Thomasville wrestler who was in the state finals the year before.

Jake Stewart coached the team during Kendall’s later years at Albemarle.
Stewart, who lives in South Carolina and is retiring this year after winning 13 state championships in 30 years, said Kendall motivated himself.

“There was nothing you could say to him,” Stewart said.

He said Kendall participated in track and football, like many of the other wrestlers.

“We wrestled year-round,” Stewart said. “They all played football. They stayed together.

“He managed to balance it out well and he had terrific family support.”
Miller Hartsell grew up with wrestling knowledge, as Jeff, his father, had been a star at The Citadel.

“Wrestling was a huge part of my life growing up and I credit that to many of my successes in life, on and off the mat,” Hartsell said. “It was a tough sport that also required a great deal of discipline.”

Though Kendall was older, Hartsell remembers watching him wrestle in the Albemarle Invitational Tournament in December 1987.

“I went to watch the tournament with some older guys that had wrestled at Albemarle and were home from college on break,” he said. “They were all talking about this freshman from Oklahoma and how incredible he was. Mike was a small guy, wrestling 103 I think it was at that time, but had a huge presence in a gym full of people. He was captivating to watch wrestle; I had never seen anything like it.

“I found myself in a trance just seeing what he did to warm up before he wrestled a match,” Hartsell added. “Completely in his in head, in the zone, it was as though he was facing his opponent and practicing takedowns on his feet, left and right, left and right. His legs were covered in red handprints from slapping himself during warm-up. He was so damn fast; he went on to win the tournament. I believe he won the most outstanding wrestler award, and that was unheard of for a freshman.”

Hartsell would wrestle with Kendall three years in high school.

“You’re as good as what you practice with. When you’re wrestling with state champions, it just makes you better,” Stewart said.

“Being on his team was a blessing for multiple reasons,” Hartsell added.

“Practicing with Mike was tough; no matter how hard I practiced, getting past his defenses seemed impossible. If I was able to shoot in for a takedown and get a leg, I would find myself on my back wondering what had just happened. The silver lining was learning all these moves from Mike, and being able to practice them with the best wrestler the state of North Carolina had ever seen, made me a fierce competitor over time.

“Everyone practicing with Mike was a better wrestler for it.”

Hartsell said much of Kendall’s success is due to his training.

“I remember times when he would run to lose weight and I would have to ride a bike to keep up; it was like a scene from ‘Rocky.’ Mike had on heavier sweats or plastics to sweat more.

“I really looked up to him; it seemed as there was nothing he couldn’t do physically. We worked out and competed year round to keep an edge. We competed in freestyle and Greco-roman tournaments in the off-season. My father had also purchased a section of mat we would practice on in the off-season to keep our skills sharp. Mike was always a key man in these efforts.”

Hartsell is glad to have been part of a team and for the effort he, Kendall and others put into it.

“When we walked into a gym for a tournament or match, conversations stopped, and I could feel everyone’s eyes on us,” he said.

When Kendall speaks of his high school career, he has a different take: “I think some of it was skill, and a lot of luck.”

“Not every day feels good. So a lot of times I got lucky,” he added. “Just very fortunate not to get hurt or too sick. I did miss a match because of an ear infection. I do hate that that did happen.”

Although he did go without a loss in state, he was not so lucky on the regional and national stage.

“I loved being a state champ, but I always loved testing myself and being a national competitor. So those tournaments were very humbling,” he said.

He believes he was “fortunate to come from a wrestling hotbed in Oklahoma.”

Plus his coaches emphasized staying in shape more than technique.

“We took a lot of pride in that we could wrestle for six minutes for four times that day. We were very in shape as a group,” he said.

“I always wanted to wrestle for Oklahoma University,” he said. “My whole childhood I wanted to be an Oklahoma Sooner.”

Oklahoma is known as a wrestling state, having won several national titles. Much of his family was also in Oklahoma.

So why did he choose to become a Tar Heel?

“The notoriety of UNC,” he said.

“It’s a beautiful place,” he added of the state. “North Carolina is a great place to live.”

After college, Kendall would coach at Chapel Hill High School for 10 years, then for four years at East Wake near Raleigh. It is there where he began his wrestling club.

“Sometimes we’re going to get beat and knocked down. You just have to get up and keep moving forward. I say that just about every practice.”

He still has family in Oklahoma and follows its football and wrestling programs.

“In my blood I’m Oklahoma, but in my heart I’m Carolina,” he said, as he remembered fondly his adoptive city of Albemarle.

“We have some great high school friends, we met some incredible families that took us in as our moms and dads when we weren’t around our moms and dads,” he added. “Albemarle is a terrific city.”