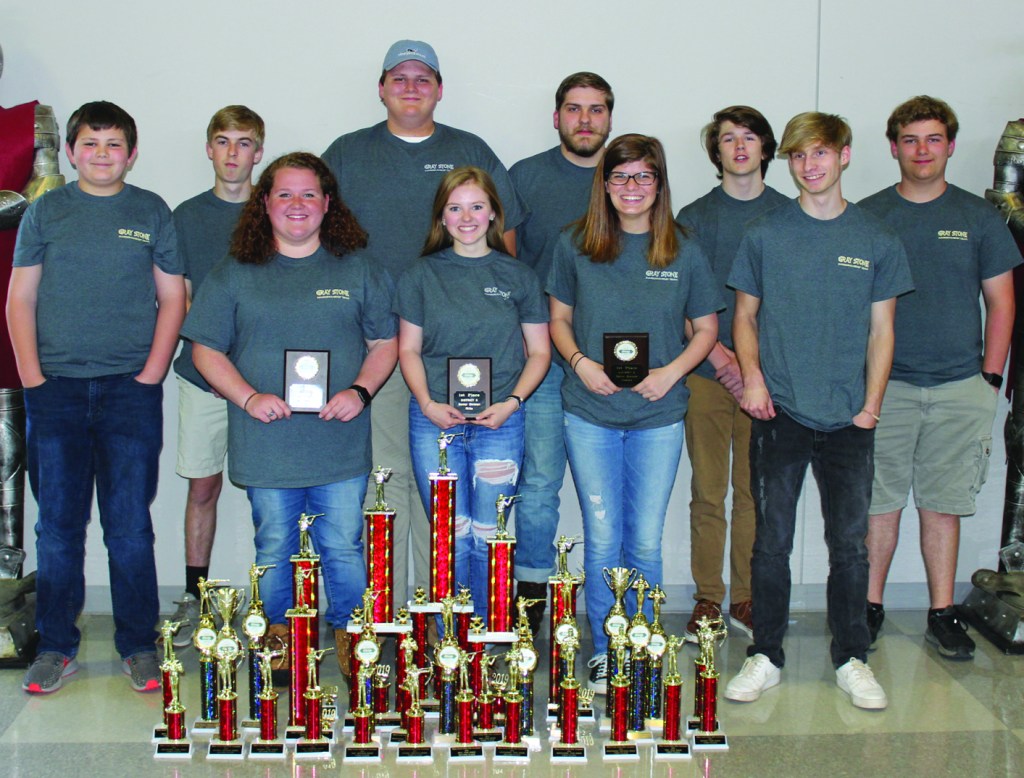 The teams now head to the state finals scheduled for April 27, also in Ellerbe.

Having swept the Tri-County Meet last month, Gray Stone’s Grey team finished first overall in the district with a score of 3,797 out of a possible 4,000, beating the Gray Stone Garnet team by 14 points. Piedmont High School’s Omega team finished third with 3,777.

The Grey team posted 928 in the combined Hunter Skills challenge (the written test and the field test) for first overall, 954 in rifle, 940 in shotgun for third place and 975 points in archery for third place.

Gray Stone’s Garnet team finished first in both archery (987) and rifle (942) and second in shotgun with 980 points. However, the Garnet team scored 844 points in hunter skills for third place, 84 points less than the Grey squad.

Louisa Parrish took individual honors in the district tournament with 771 out of a possible 800 points. Parrish scored a perfect 200 in shotgun, 196 in archery, 193 in rifle and 182 on the hunter skills test.

Gray Stone Garnet team member Zack Norman finished second in the individual standings with 760 points, two higher than Piedmont’s Kenneth Austin. Norman also had a perfect 200 in shotgun and had 196 in both rifle and archery with a 168 in the hunter skills tests.

The Grey team’s Kensy Corbett and Grayson Jones tied for individual honors in Hunter Safety with 190 each, with teammate Joshua Gill finishing third with 184.

Gray Stone Garnet’s Ashley Burris and Jason Matthews tied for second with 200 points, including 100 each on the tie-breaking skills test.

Courtney Perry of the Grey team took first in rifle with 198, while the Grey’s Joshua Gill finished second with 197. Garnet team member Summer Efird, who won individual honors in the tri-county meet, placed third in rifle with 196.

Jason Matthews finished third for the Gray Stone Garnet team with 199 points in archery, the highest finish for the Knights.