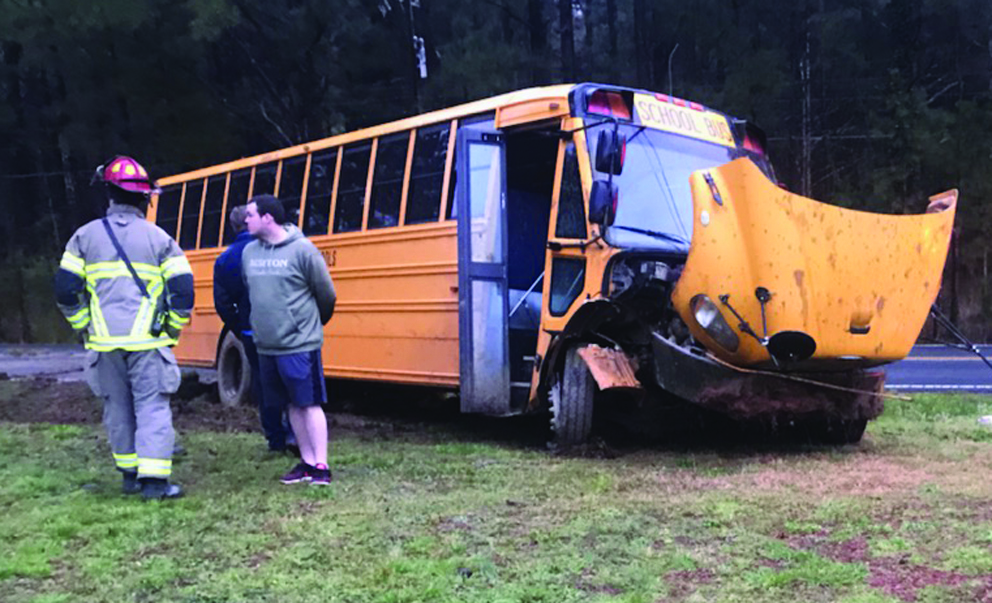 Highway Patrol has responded to a school bus accident in the Palestine area Thursday morning.

Bus driver Sarah Annette Williams, 34, of Albemarle, was headed south on Palestine Road near the Northeast Connector shortly after 7 a.m. The bus was carrying North Stanly Middle School and North Stanly High School students when the bus ran off the right side of the road, went through a ditch, hit a ditch culvert pipe and collided with a second ditch culvert pipe, according to preliminary reports from the Highway Patrol.

Williams and three students were taken to the hospital from the scene. Four other students were check-ed out later at the hospital. All were treated and released, according to the Superintendent Dr. Jeff James.

“We’re lucky that we didn’t have any other injuries,” James said.

The Highway Patrol listed the bus as carrying 16 students.

Williams was not speeding, but she was cited for failure to maintain a proper lane of travel, according to the report from Trooper Michael Taylor.

The Department of Public Instruction is sending someone to evaluate the bus to determine if it can be salvaged. The Highway Patrol estimated damage at $60,000. Bowers said the cost of a new bus is $85,000.