On Thursday, March 21, 2019, the Rev. Ronald Wood Nichols, 73, of Trinity, left this earth to meet his Savior after a lengthy illness.
He was born on Jan. 10, 1946, in Lexington.
He attended Central Davidson High School where he met Nina Kayser, his best friend and future wife for 54 years. 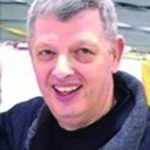 Ron attended Piedmont Bible College and earned a Bachelor of Theology degree in 1972. He also attended Bob Jones University and was enrolled in the Master of Ministry Studies from 1993 to 1994.
Following graduation, he felt the Lord calling him into the ministry.
He first pastored Stanaford Road Baptist Church in Beckley, W.Va., for three years.
God would then lead him to Eastside Baptist Church in Mooresville for five years before serving at Bethel Baptist Church in Denton for eight years.
He felt led to return to Eastside Baptist Church for an additional seven years.
His final ministry assignment was serving as pastor for West Stanly Baptist Church in Albemarle for 19 years.
After retirement, they moved to Trinity and became members of Colonial Baptist Church in Trinity.
Ron was a loving and devoted husband and enjoyed traveling with his wife and spending time with their family and grandchildren. He lived his life as a committed follower of Christ and his greatest passion was telling others about Jesus. He led many people to the Lord and invested much time in the lives of his congregations and mentored many who were called into the ministry.
He remained a faithful servant during his 43 years of ministry service.
Ron served on the Alumni committee with Piedmont Bible College from 1986-1989 and on several committees within the Southern Baptist Convention of N.C.
He served on the Board of Directors for the Baptist State Convention of N.C. from 2009 to 2012 and served on the Board of Directors for Fruitland Baptist Bible College from 2013 to 2015.
Ron was preceded in death by his parents, Winfred Wood Nichols and Dorothy Burkhart Nichols.
He is survived by his wife, Nina; daughters, Kristain Coffey (Richard) of Kernersville, Karmen Skeen (Steve) of Trinity; son, Kurt Nichols of Mooresville; grandsons, Chandler Starr and Courtland Starr of Kernersville, and Grayson Nichols and granddaughter, Lauren Nichols of Mooresville; sisters, Brenda Shoaf (Larry) of Virginia Beach, Va., Judy Booker (Herman) of Lexington; brother, Jeff Nichols (Trisha) of Lexington; with numerous nieces and nephews.
The family would like to give a special thanks to his caregivers, Sandra Southard, Michelle Wilson and April Crawford and Hospice of Davidson County for their love and devotion to him and our family.
We would also like to extend our sincere gratitude to all those who supported us through this journey.
In lieu of flowers, donations can be made to Colonial Baptist Church c/o Missions.
A celebration of life service honoring Ron’s life will be held at 2 p.m. April 6, 2019, with the Rev. Steve Jarvis and the Rev. Larry Shoaf officiating at Colonial Baptist Church 6792 Welborn Road, Trinity.
The family will receive friends immediately following the service with a meal to be shared with everyone.
Condolences may be expressed online at www.wrightfs.com.
Wright Funerals-Cremations is in charge of arrangements.