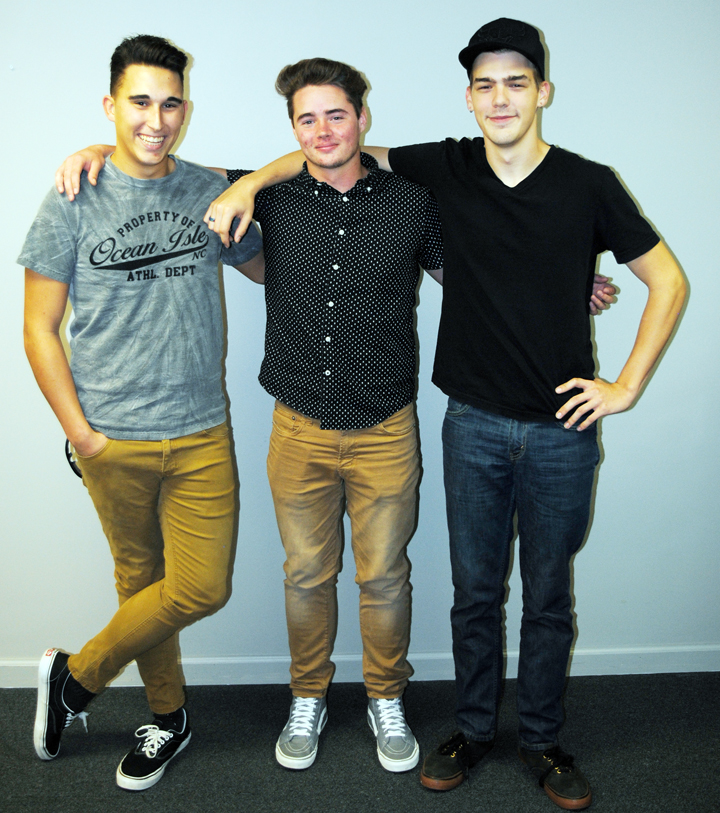 One musical trio in Stanly whose new EP is now available on iTunes is sending out the message of Jesus through alternative Christian rock.

Return to Sender, made up of brothers Greg and Jacob Jones and friend Dalton Garris have been recording music in various genres for a number of years.

Recently, though, due to their own spiritual journeys, the trio have started writing and performing contemporary Christian music. The trio performed during the intermission at a recent gospel comedy show at the Central Auditorium in Albemarle, the Medicine 2 Da Bonez productions which featured internet sensation Jareek Mama.

The group’s name is based on their beliefs as well of followers “doing a 180” back to Christ, he added.

Jacob said while he and his friends played music more towards alternative rock, he prayed and the three felt they were all in a similar place spiritually, so they made the move to Christian rock.

“We were making music in all the wrong ways; now we have a purpose. It’s never been about the sounds; it’s the drive behind it,” Greg Jones said.

Both Greg Jones and Garris listed former Nirvana drummer and Foo Fighters founder Dave Grohl as an influence on their music.

“I’ve listened to every song (of his) from every album. I can’t find one that’s bad,” Garris said. “His chords sound huge even if no lyrics. I want a powerful sound to accommodate powerful lyrics.”

Jacob said he is “an old soul” when it comes to music influences, saying his musical tastes range from the rock’n’roll of the 1950s into music in the mid-1990s. His favorites include KISS, Justin Timberlake, the Jackson 5 and the Temptations.

“For me personally, I love a good harmony, no matter who is singing,” Jacob said.

The music behind the positive lyrics of Return to Sender is diverse, the trio explained. One might hear music with a jazz or blues influence in one track, then others are straight power rock chords.

“The music changes, but the message and the impact stays the same,” Greg said.

The song “Preparing for Rain” has been out on iTunes and other platforms for some time now, but the full EP has taken a great deal of work.

“We have spent so much time on the band. We saw how fast God was moving and we had to act fact. Every weekend, days during the week, we will meet up and record,” Greg said.

The group uses two home studios to record their material and do all the work themselves from recording the music to mixing songs in post-production.

Return to Sender has been able to get music onto platforms such as Spotify, Pandora, Amazon, Google Play, iTunes and more with the assistance of DistroKid, an online service which allows artists to distribute songs and albums digitally for a monthly fee while allowing artists to keep 100 percent of their royalties.

Greg said he could not believe the group was capable of making the progress which they have made so quickly, saying early in 2018 he was “a proclaimed atheist in a punk rock band” with people other then Dalton and his brother.

After becoming a Christian and the trio forming the group, things have moved fast. Since forming in August, the group recorded “Preparing for Rain,” a single based on a story about two farmers, one who prepared his fields for the rain and the other who did not. The story, which comes from the movie “Facing the Giants,” illustrates having trust in God and being ready for Him.

“That’s how fast God has worked in us,” Greg said. “I don’t doubt us together as a team, but I didn’t think we’d get this far this fast. That’s God moving us. What I want to do as a band is what God moves us to do.”