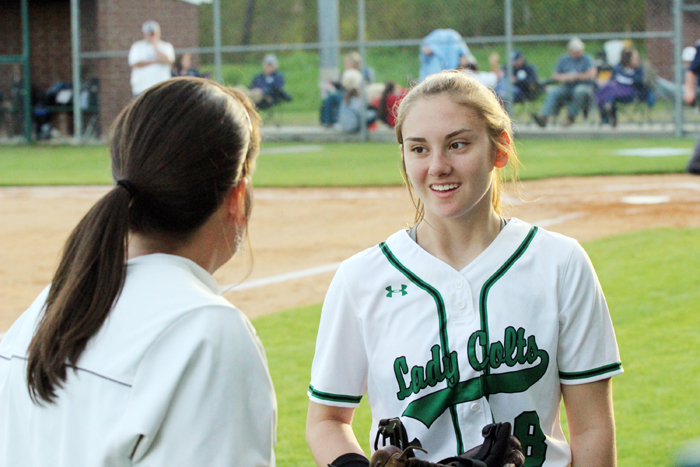 In the lexicon of sports, a pitcher’s duel is a game characterized by two pitchers throwing at a high level in a low-scoring game. On Wednesday night, softball fans at West Stanly saw just such a game as the Colts outdueled visiting Marlboro Academy, 1-0.

West Stanly, ranked 97th in the nation and first in North Carolina before the game, according to MaxPreps.com, put its undefeated record on the line against the 45th-ranked Dragons from Bennettsville, South Carolina.

Both West hurler Jordan Hatch and Marlboro’s Jenna Greene both struck out 15 batters each in the game and issued one walk each. The Colts sophomore scattered four hits while Greene allowed three hits.

The only run of the game came on the first pitch in the bottom of the second inning. Megan Stockton send a line drive over the fence in left field for a solo home run. 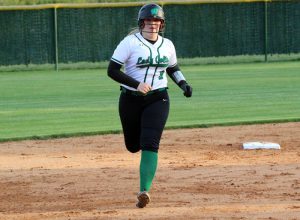 Greene reached base three times for Marlboro with two hits and a walk. The Dragons (19-2) left four runners on base and did not get a player past second in the game.

In the top of the seventh, Marlboro got back to back singles with no outs then tried to move the runners around with a bunt. West turned a double play getting the lead runner at third base. Hatch then struck out the final batter of the game.

This week, West hosts Carson in a non-conference matchup Monday then has two Rocky River Conference games with Anson County.