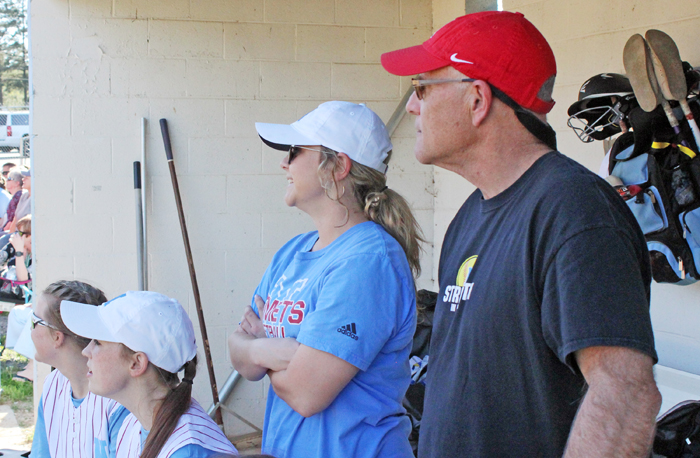 In the ranks of high school sports, it’s a fairly regular occurrence to find a coach on a team coaching their child.

This season, one North Stanly softball player has a more unusual relationship to one of the team’s coaches. While many players may call being on the team a sisterhood, Kinley Morgan has her older sister, Kadie, as an assistant coach. 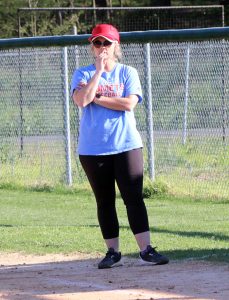 Coach Morgan, who was the volleyball coach this season as well for North, said coaching and teaching at her alma mater “has been my dream since I was little.”

Growing up, Kadie and Kinley, separated in age by six years, have joked about the elder sister coaching the younger sibling.

Kadie talked about relating to her younger sister as a coach, saying “some days I want to be super hard on her, and then other days I’m like a mama bear.”

Last semester, Kinley had to refer to her sister as Miss Morgan while taking her pre-calculus class, which was also a little different for her.

“You have to adjust to calling her Miss Morgan instead of her name, so a lot of times I just raised my hand because I didn’t want to say that,” Kinley said.

Kinley knocked two hits in North Stanly’s 10-0 win Wednesday over North Moore as the Comets continued to stay in contention for second place in the YVC standings and a possible a home state playoff game.

“With sports, she’s the coach, so when you hear other people talk about her, you know she’s your sister so you get protective very quickly,” Kinley said. “It’s hard not to go off on them.”

Having her sister as coach has a big upside though, Kinley said.

Finding a professional balance for Coach Morgan is tough, she said.

She tries to be balanced with all the players in terms of being tough.

She likes to push Kinley to be the best she can be.

“I catch myself wanting to get on to her, then I back off a little bit…at the end of the day. We love being with each other,” Kadie said.

The younger sister admitted she could not imagine being out on the field without her big sister being a part of her life in sports.

“It’s just become part of the normal,” she said.

When Kadie was playing ball, she was coached by another family member of the more traditional kind. Her father, Joey, was a standout in his time on the baseball field at South Stanly.

“He was always at my games and our practices. Now I get to return the favor with her, so it’s definitely been passed down in the family for sure,” Kadie said.

The elder Morgan said growing up with her dad coaching “taught me a lot of life lessons through sports. That’s what we talked about a lot. I think it’s just in our genes…coaching is in our genes. We just love it so much.”

“One day, I could see myself coaching beside her,” Kinley said. 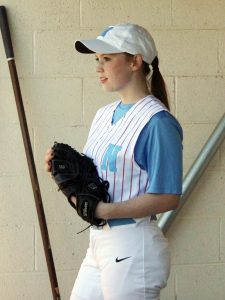 The Morgan sisters may make a “dynamic duo” one day, as Kadie said, but for the moment, the focus is to continue to win ball games and position the Comets for a run at the state title. Several members of the North team won a championship in 2017.

Kadie said the Comets’ team is talented this season.

North Stanly “has room to grow,” she said.

“I think every team has room to grow. It doesn’t matter how good you are,” she added. “Our strongest point is when we stay together as a team…I can see us going far as long as we stick together.”

Kinley, in her second year with the team, said one thing she heard joining the team was about the previous season’s run to the state title.

“We want to do that, too. It’s a goal for the team to do it again,” Kinley said.

Comets coach Greg Speight said his assistant coach “only wants the best” for the team, adding she spends a great deal of time with the players in the batting cage working on their mechanics.

Regarding the assistant coach’s younger sister, Speight said she “has played a solid second base” for the Comets.

“She is quiet but wants to know what you want her to do and she tries to do it the best she can.”

He said Kinley has added strong offense and defense for the team, including a play on a short pop fly just over the pitcher in Wednesday’s win.

As teams head into the final week of the regular season, North plays county and YVC games with Gray Stone and first-place South Stanly.

“She’s just always there. She’s always been there,” Kinley said.

With a big smile on her face, Kadie admitted: “she is my favorite player. At the end of the day, we are sisters.”