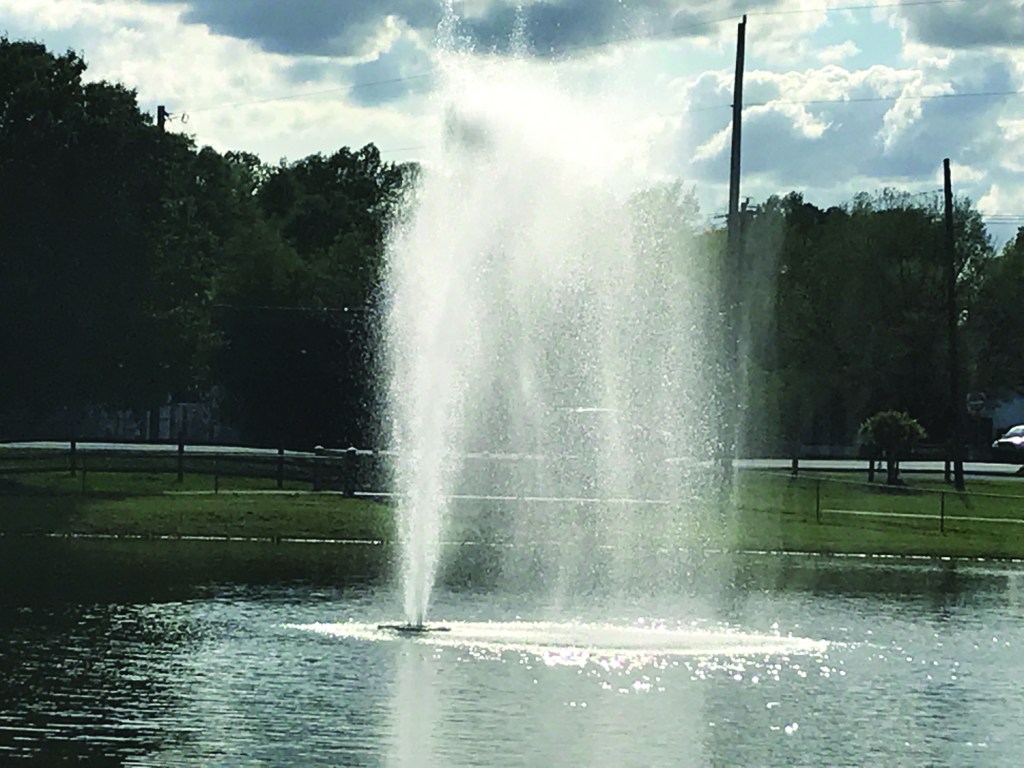 Norwood is looking to replace the fountain in Darrell Almond Park. (Photo by CHRIS MILLER/staff)

Norwood will be replacing its floating water fountain at Darrell Almond Community Park.

The fountain lies in the park’s lake and is responsible for sending jets of water into the air.

The town board voted to approve the replacement. The town hopes to replace the fountain in the next few months,  hopefully by the end of June, Allen said.

The replacement will be part of a park grant the town received through the N.C. Department of Natural and Cultural Resources of $50,000, Allen said.

The grant money will also be used for other park needs including parking and drainage improvements, repairing two pedestrian bridges and improving playground equipment at either Darrell Almond Park or Norwood Memorial Park, Allen said.

On Tuesday, the town submitted the proposed improvement items to the NCDNCR. The budget has to be approved before the town can receive the grant to begin the improvements.