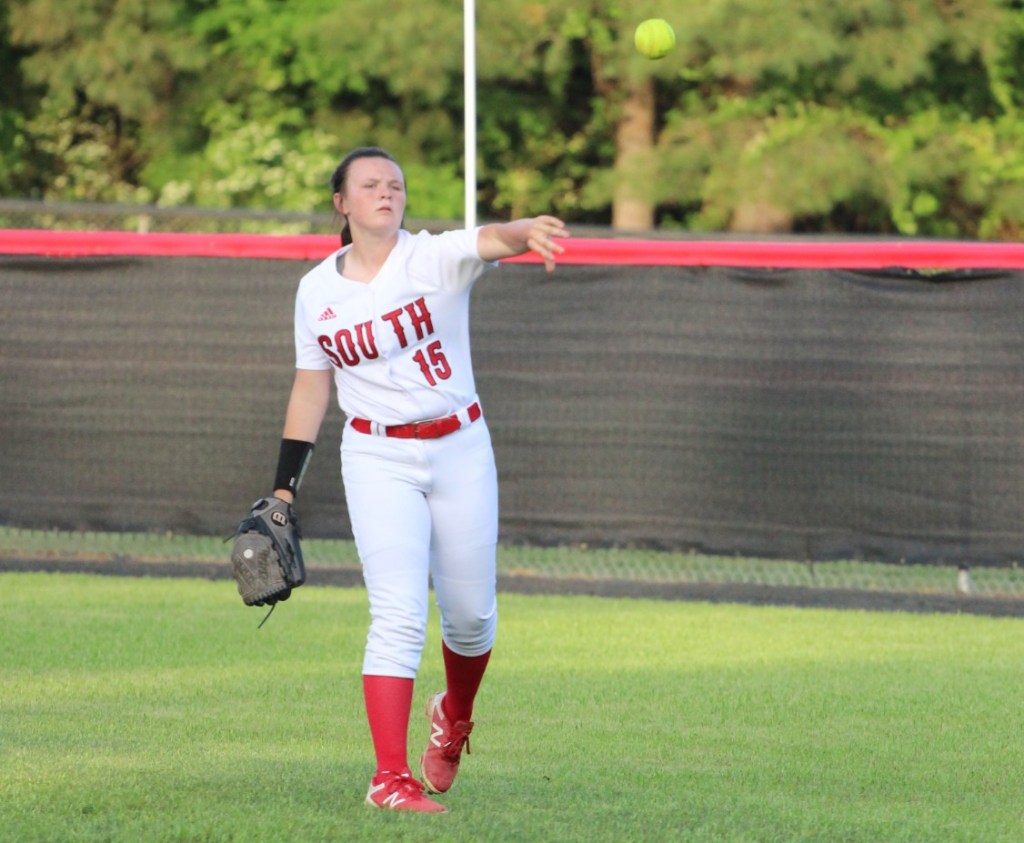 One week after winning the Yadkin Valley Conference tournament title, the South Stanly softball team benefitted from its sister act in the outfield Friday night for its first playoff game of 2019 after receiving a first-round bye.

The Bulls, seeded fourth in the 1A Western Region, rallied from an early one-run deficit to claim the team’s eighth straight win and 21st win in 23 games this season, 7-2, over the No. 20-seeded Swain County Maroon Devils.

Freshman center fielder Emma Campbell was a perfect 3 for 3 at the plate for the Bulls with a double, while her sister, senior right fielder Adison, had a solo home run late in the game. Adrianna Efird drove in two runs going 2 for 3 with a double and Huntley Rummage added a triple.

The game’s start time was delayed nearly an hour and 45 minutes due to the field’s condition from rainfall earlier in the day.

Efird said the team stayed focused during the delay “because we know this was a big game.”

Efird, a junior, added “all we are worried about right now is going to win a state championship.”

Emma Campbell added: “I stay prepared the whole time and am ready to go when they give me a pitch I’m ready for.”

The freshman added Adison, is a role model for her, saying she means everything to her.

Whenever something is wrong with her swing, Emma said, “she helps me fix it. She’s always there looking out for me.”

Defensively, the pair are also communicating constantly during the game, with Emma in center and Adison in right.

“We tell each other about the batter,” Emma said referring to where a batter hit the ball previously.

“I’m really excited; I really want to win a state championship with my sister. That is so big for me,” Emma said.

The elder Campbell on the team added the three seniors on the team, herself, Makayla Poplin and Taryn Tucker, “have played together forever. We really strive to push the younger girls to be the best they can.”

Adison said “playing with my sister has been one of the coolest experiences I’ve ever had.” She said the team has become closer over the season and has good chemistry.

“We’re a lot stronger (this year) offensively and we have just become a lot closer. We’re like a big family,” Adison said.

The Bulls will host No. 21 Starmount (15-9) who won Thursday in the second round at No. 5 Mountain Island Charter, 7-6, on Tuesday in the third round.