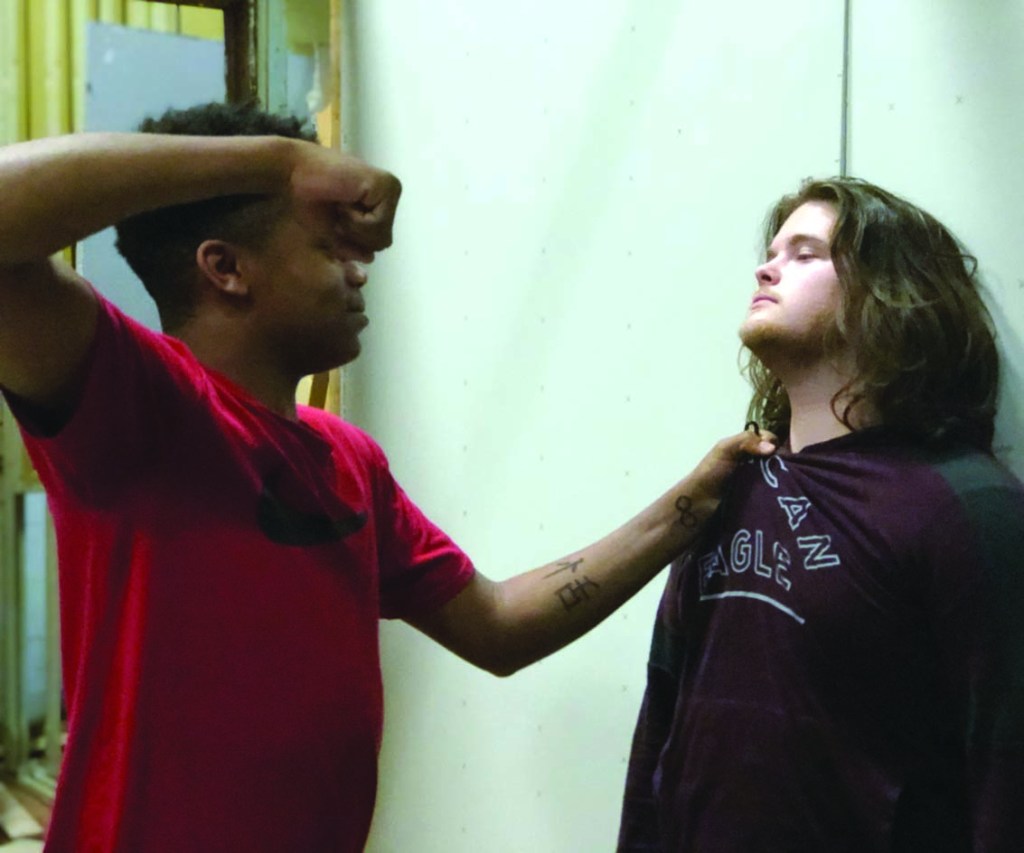 Detective Andrews (Malachi Gatewood) threatens to punch Sam (R.J. Waldroup) who has gotten out of his handcuffs. (Contributed)

Albemarle High School’s auditorium will transform into the “Motel Thunderbolt” as drama students present the play of the same name at 7 p.m. Friday and Saturday.

Teacher and director Chuck Carte said the play’s title was created by chance.
R.J. Waldroup, one of the students in Carte’s previous play, asked him after a rehearsal what the next play he would write would be called. 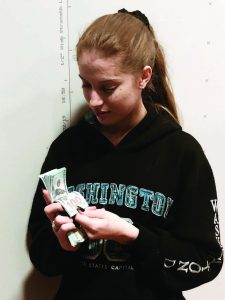 “I blurted out ‘Motel Thunderbolt.’ After that, I developed the concept around what I thought it might mean,” Carte said.

“The play centers around a rainy night in a haunted motel in the late ‘50s,” Carte added. “The FBI has been sent to investigate the paranormal element and uncovers so much more, including a Cold War mission gone awry, a pair of bank robbers and a mafia hit.”

This is Carte’s fifth play at Albemarle High and the second he has written. This marks the 15th time he has directed a play.

He says the play helps build the school’s drama program.

“It is allowing us to do something new, fresh and contemporary while also saving money on show royalties and scripts,” he said. “It allows us to be able to spend the money on materials for sets, equipment and teaching tools for the students.”

Carte says the plan is to have student-written shows added to the mix next year.

“This year they have taken steps at directing scenes, choreographing sequences and creating characters,” he said. “It has very much been a collaborative year for us, much more so than in previous years.”

He said the school’s drama program has received help from the community, such as Habitat for Humanity donating materials. Parents have also donated items and costumes for the students.

“Since restarting the program we have seen the support from the community grow,” he said. “Every year we get stronger in terms of presence in the community.”

Admission for “Motel Thunderbolt” is $5.