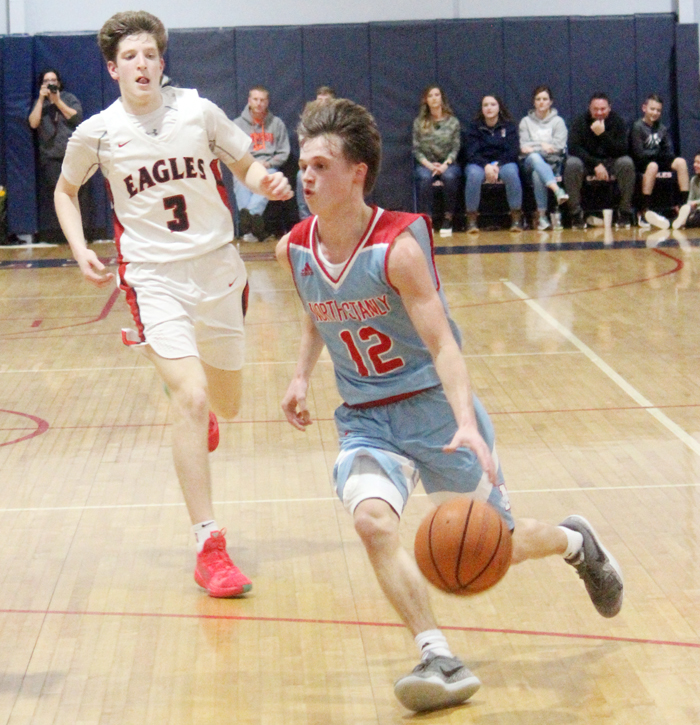 Bryson Childress drives the left side of the lane in a game this season. (Photo by Charles Curcio)

Last week, the North Carolina Coaches Association officially released the rosters for the 2019 East West All-Star games played around the week of the coaching clinics in mid-July.

This year’s annual men’s basketball game will be July 15 at the Greensboro Coliseum and will feature Stanly’s leading scorer in the sport, North Stanly senior Bryson Childress.

Childress, who has committed to playing playing a prep year next season at Hargrave Military Academy, also received an offer to play Div. I basketball with the University of Maryland-Baltimore County, a program which came to prominence in the 2018 NCAA Tournament by becoming the first No. 16 seed to upset a No. 1 seed beating Virginia.

“It feels great to be believed in enough to be offered by a big-name program like UMBC,” Childress said.

“I know that’s the level I can play and right now it’s all about patience knowing God as a plan for me. I think now a lot of other D-I schools will be in touch.”

Sports Editor Charles Curcio can be reached at charles.curcio@stanlynewspress.com or 704-983-1361.