CHARLES CURCIO COLUMN: Stories of what happened in Greensboro behind the scenes

There are an absolute myriad of stories one can find out about when it comes to a championship team, which has to be true or otherwise ESPN would have run out of “30 for 30” ideas by now.

Personally, this weekend’s 2A state softball finals are the 14th different state championship team event I have covered, either in radio, television or my close to 14 combined years as your humble sports editor.

Each team has so many stories which do not always get told, for a number of reasons.

In the case of the 2019 West Stanly softball team, here are a few stories along with some observations of my own from what went on beyond the lights of the field. 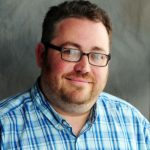 Superstition always plays a big part in sports, and West is no exception.

In fact, I found myself moving contrary to one player’s superstition. Without realizing I was a creature of habit, I had been shooting pics in the West dugout for several games in a row and always left in the middle of the fourth.

Like I’m constantly reminded by a certain nephew, kids pay attention to you.

This one, whom I won’t mention by name (she knows who she is) said I left the second game too early (which I had but left because the light had gone down and I could not get good pictures any more).

For a team who had a superstition involving a red Sharpie, I had unwittingly become part of the lore.

On Sunday I again left in the fourth inning (to work on the story) but snuck back in later to get pics of the celebration the West fans hoped to see and I wanted to capture.

I did my best to keep the superstition going by hanging back in the bullpen instead of back in the dugout.

Hey, even media types might be a little superstitious, too. I know my beautiful wife can confirm or deny that assertion.

“Gotta Be The Shoes”

Speaking of superstitions, here is one coming from long before when the West girls were much younger.

Seven of the players from the Colts’ 2A title team this year had been softball champions before.

The next season, the players had won the state again and were moving on to the World Series in Louisiana.

Daniel Furr, Kailey’s father, had lost his tennis shoes. He and a friend went to a local shoe store, but the only pair of shoes he could find in size 15 were a pair of white wingtips, not exactly normal active wear.

Furr wore the shoes the rest of the tournament and in the future, he wore the shoes. After losing in 2010 and 2011, the team won in 2012, and Furr had the players, including his daughter Karsyn (who was also on this year’s 2A title team).

Furr was also a travel ball coach for some of West’s players along with John Edwards, Morgan’s father, and Hatch’s dad, Ed Hatch. Alex Stabler’s uncle, Darryl Slone, also was a coach for the girls.

The players signed those shoes, and Furr wore them again in Greensboro. After Sunday’s win, more autographs went on the shoes.

For a person more accustomed to working evenings, it follows mornings are not the best time of the day.

Especially before my morning coffee, or as Dolly Parton called it, a cup of ambition.

Sitting in the dining room of the hotel across from the Greensboro Grasshoppers stadium, one can see it out the windows while enjoying waffles and sausage.

The first thing I noticed through blurry eyes when I walked in to get coffee Sunday morning was one of the hotel’s luggage racks had the white jerseys of the West players hanging on it.

I was not fully awake yet, but even I noticed it was the uniforms the girls wore through 16 innings of softball and they were pristinely white, which I can assure you was not the case the previous evening.

I asked how they got the uniforms cleaned up, assuming the hotel might have weekend laundry service.

Turns out the wives of some of West’s coaches had gone to a 24-hour laundromat and cleaned them.

So many people do so much for the kids and never receive any of the limelight. To them, I tip my cap to you.