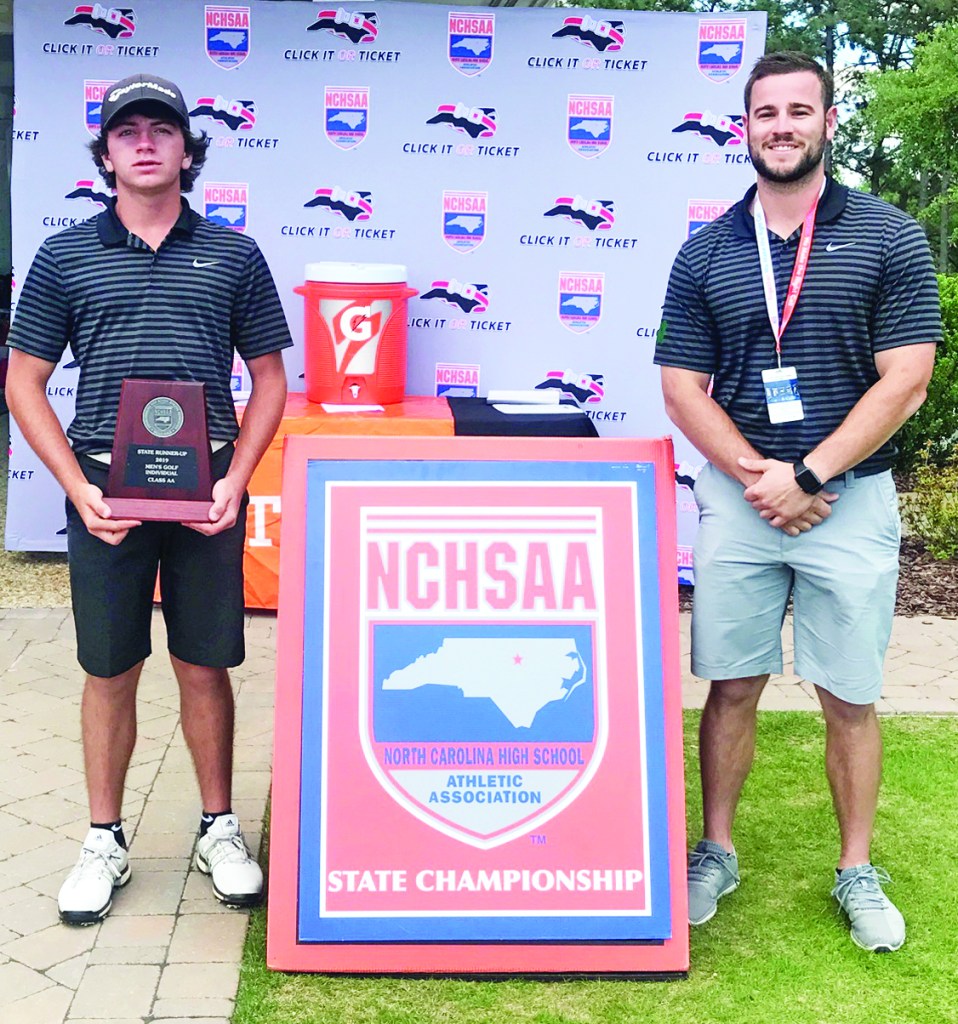 Chase Clayton was runner-up in state play. He is joined by Matt Jones, his coach. (Contributed)

One graduating West Stanly senior saved his strongest season on the high school golf links for last, leading his team to top finishes while finishing individually as one of the top golfers in the state.

Chase Clayton was the 2A state individual runner-up this season, shooting rounds of 76 and 71 at the two-day state event at Longleaf Golf Club. He finished two strokes behind Midway junior Logan Patrick, a two-time winner of the state title.

“There was a ton of preparation that was put into making it to states and finishing runner-up,” Clayton said. “It took several days of hitting hundreds of balls and practicing until dark.”

He added it also took “a lot of late nights with dad studying my swing and looking at what I need to work on. There was never a day during the season that I didn’t hit balls and practice. It took a lot of hard work and dedication.”

Clayton was the 2A Midwest Regional champ, firing a 72 at Pilot Knob Golf Club, while also finishing on both the All-Stanly and All-Rocky River Conference teams, averaging 36.8 strokes per nine-hole event in the regular season.

Teammates Brantley Phillips and Will Godwin both finished All-County and All-RRC, while Laton Burleson and Jacob Kiker also were All-Stanly this season.

As a team, West Stanly finished first in the county tournament, second in the RRC and fifth at the 2A Midwest Regionals, missing a berth in the state tournament by three strokes.

“We grew as a team and lifted each other up each and every match. This was definitely a great senior year,” Clayton said.

Clayton added he will be going to Catawba in the fall “to continue my golf career and academic career. I will be studying business and golf management. I hope to stay in the golfing industry as long as I can.”