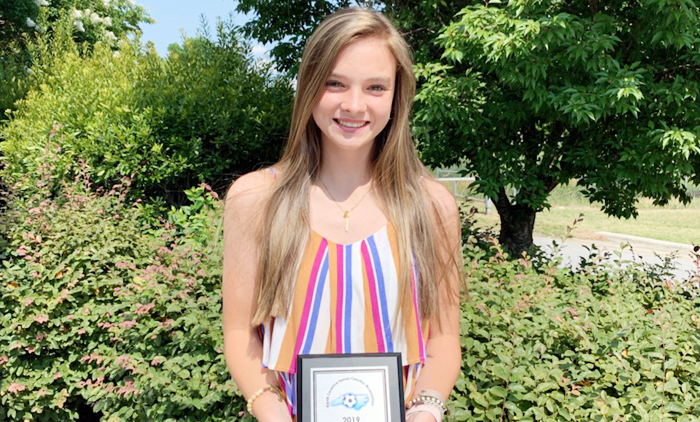 The 2019 high school women’s soccer season was another strong one for one Stanly team while another rose to prominence in dramatic fashion.

This year’s All Stanly News & Press 2019 women’s soccer team reflects both as the season saw a number of top performers emerge.

Three teams finished with records over the .500 mark with Gray Stone winning the Yadkin Valley Conference title going 17-7 overall and a perfect 16-0 in conferencer matches.

South finished 13-5 overall and 12-4 in YVC play, both program highs for the school.

Player of the Year – Anna Grace Sumner, Gray Stone: The sophomore midfielder was named to the 1A All-State team by the North Carolina Soccer Coaches Association. She was named All-Region 6 as well. The Yadkin Valley Conference Player of the Year, Sumner had 27 goals and 20 assists for a county-high 66 points.

Karena Yang, Albemarle: A captain and All-YVC selection, Yang played center midfield but also pushed up as a forward and played defense as well despite playing through a knee injury.

Peyton Disser, Gray Stone: The Knights’ sophomore and All-District selection led the Knights with 27 goals and was second in points with 60.

Katie Leckonby, Gray Stone: The senior goalie for the Knights posted a 1.34 goals against average allowing 24 goals in 1,250 minutes between the pipes.

Natalie Garner, Gray Stone: Garner was named All-Region as a senior defenseman for the Knights.

Lexi Goode, North Stanly: As a freshman, Goode scored 20 goals this season and was named All-Region.

Brinn Kimrey, North Stanly: Kimrey led the county with 30 goals in her All-Region junior season with the Comets.

Keeli Crisco, South Stanly: An All-Region 7 selection, the freshman was second for South in Goals (20) and points (42).

Stephanie Henriquez, South Stanly: A third All-Region selection for the Bulls, Henriquez had 17 goals this season for South and 36 points.

Madelyn Huneycutt, West Stanly: The senior forward finished with six goals and seven assists for the Colts in 2019.