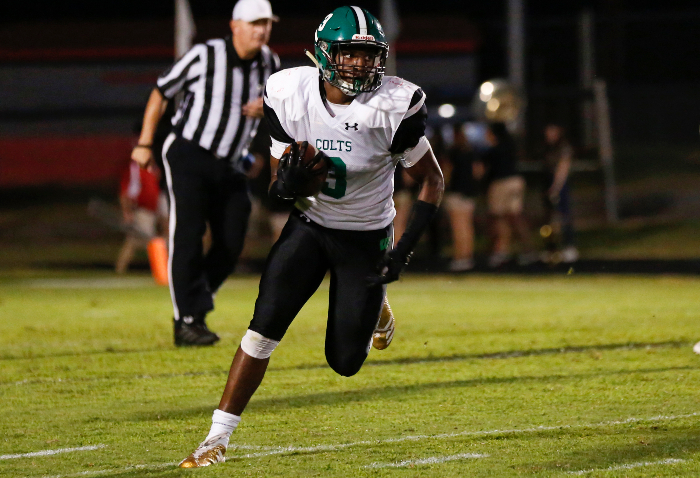 The rising junior announced last week on Twitter he had received another scholarship offer from South Carolina, an NCAA Div. I program. It marked the fourth D-I school to make an offer to Poole and the first coming from the Southeastern Conference.

Regarding the recent offer, Poole said “it means a lot to be blessed with having the opportunity to have offers from all four of these amazing schools…when the time comes to make my decision of where I will be calling home for the next four years, it’s definitely going to be a hard decision that’s really going to take a lot of thought and prayers to make sure it is best for me and my family.”

West head coach Brett Morton said the offers “say a lot about who he is and the work he has put in” in the classroom, weight room and on the field. He added Poole’s development “has been tremendous. He works hard and it’s paying off for him. He’s one of the good ones, not just as a player but as a person as well.”

Last season, Poole rushed for 869 yards and nine touchdowns with the highest average in yards per carry on the team (6.7). He also playing linebacker on the other side of the ball and with his teammates led the Colts to a 7-5 mark and the team’s first playoff win since 2006.

This offseason, Poole said he has been “mainly focusing on getting bigger and faster at the same time with even better footwork.” He also said he was to be “a leader on my team whether it’s in the weight room or on the field.”

West kicks off its 2019 football season on Aug. 23 at home against Piedmont.