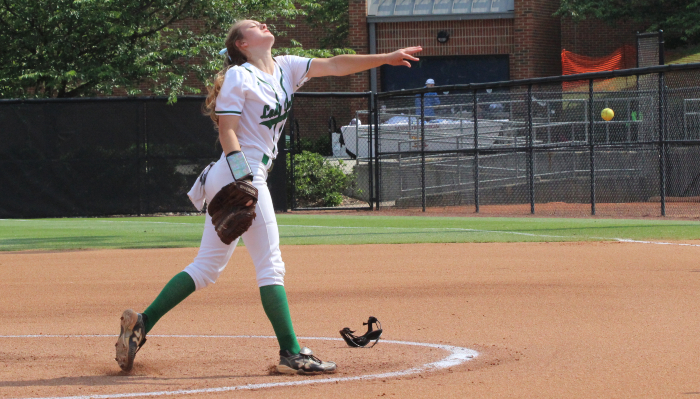 A total of 11 athletes, including two from West, six from South and three from North Stanly, received All-State honors while others were named to the All-District teams.

A verbal commit to Duke University, Hatch was named to the 2019 MaxPreps Sophomore All-American Team after going 26-1 on the mound with a 0.53 earned-run average and 348 strikeouts in 170 innings pitched to 33 walks. She allowed 63 hits this season.

On receiving the All-American honors, Hatch said it “means so mcuh to me because only a small amount of people from the entire country win this honor.”

Hatch said the honor “is very special for myself and the team because it shows how all of our hard work paid off.”

Her teammate, third baseman Shelby Barbee, received top honors as the 2A All-State and All-Region 6 Player of the Year. The Colts sophomore hit .488 for the season with 14 home runs and 43 RBIs.

Shortstop Kaitlyn Tucker led a number of Rebel Bulls who were honored by the state coaches association. The South junior and leadoff hitter (.569 avg., .622 OBP, 25) RBIs who is committed to Presbyterian was named the All-District 6 1A Player of the Year and was named All-State.

Tucker said winning Player of the Year “means a lot to me and it just shows how hard the team and myself work to achieve our goals.”

Adison Campbell, who played center field and was a utility player for the Bulls, was named All-District.