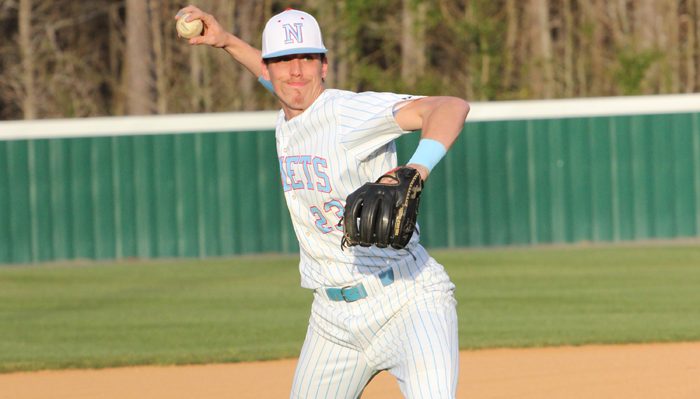 North Stanly's Carson Lowder was the 2019 YVC Male Athlete of the Year. (Photo by Charles Curcio)

The 2019 baseball season for the North Stanly Comets continued to garner postseason honors recently with the release of the All-State teams from the North Carolina Baseball Coaches Association.

Carson Lowder, the 2019 Yadkin Valley Conference player of the year and All-Stanly News & Press selection, hit .431 for the Comets with five home runs and 19 RBIs. He also drew 24 walks in 78 plate appearances, a team high for North.

Carson will be playing Div. I baseball next season at Western Carolina.

Rhett Lowder, the pitcher of the year for both the YVC and the Stanly News & Press teams, was 9-0 with a 0.61 ERA in 13 appearances. In 68.1 innings, the rising senior walked seven and struck out 115; opponents batted .202 against him this season.

The Comets swept the top All-Stanly News & Press honors when Sells was named as the Hitter of the Year. North’s catcher led the team with a .469 average, five triples and 26 RBIs and a .622 on-base percentage.

Sells will be continuing his baseball career in college next season at Wake Tech Community College.