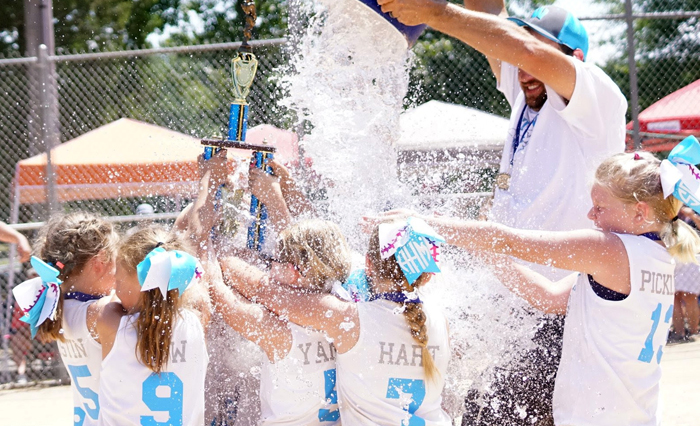 The West Stanly Darlings Dixie Youth Softball (DYS) team punched its ticket into the state tournament with its recent win this past weekend in the district tournament in Richfield.

In Dixie Youth Softball, the darlings are ages seven and eight years old.

Winning three games in as many nights, West Stanly opened the tournament by posting a win over North Stanly last Friday 19-0, then topped Anson County the next day,13-10.

The winner of the state tournament will advance to the Dixie World Series which this summer will be contested in Eufaula, Alabama.