On Wednesday night, officers responded to an attempted robbery at an Albemarle convenience store.

Police say a white male entered the store and demanded money from the clerk. The clerk did not give the suspect any money. The clerk activated the silent alarm and the suspect fled the scene on foot.

Officers arrived at the scene soon after and collected surveillance footage of the suspect.

“Surveillance picked up the car in the video, as well as the suspect,” Albemarle Police Chief David Dulin said. 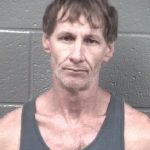 Days later officers conducted a traffic stop on the suspect’s vehicle, which was located on Summit Avenue. The suspect, identified as 53-year-old Nelson Dulin Coley of Albemarle, was arrested and brought in for questioning. Police later determined Coley was responsible for the robbery at Friendly Mart.

Coley received a $5,000 secured bond, and is scheduled to appear in court July 15.