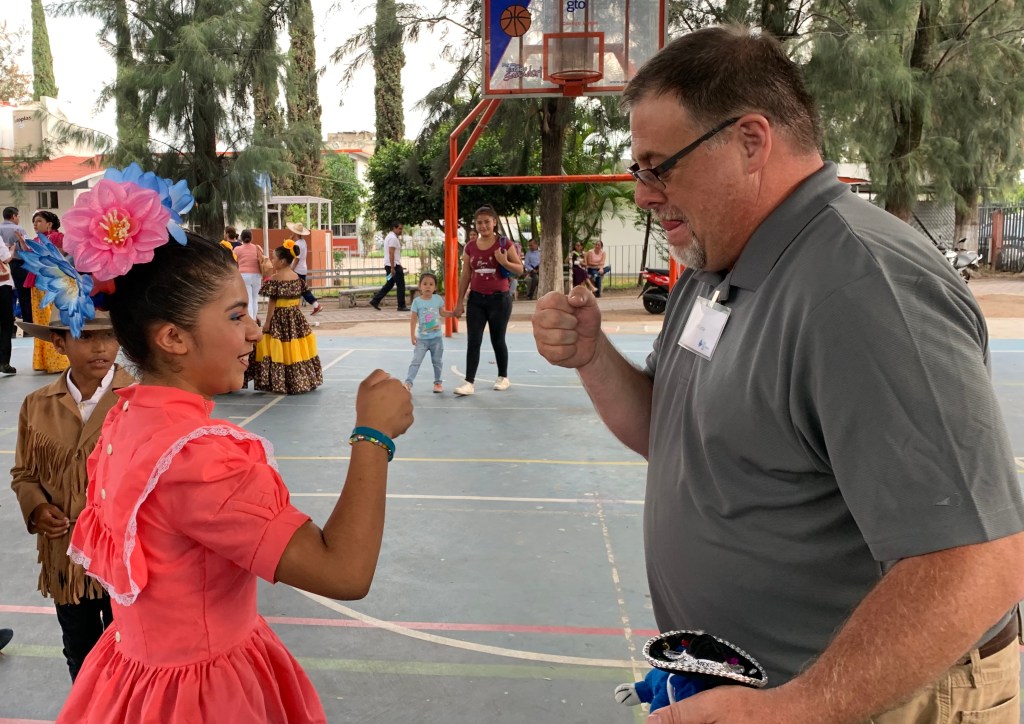 For Jeff Little, going to Mexico as part of a teaching program was daunting. He had only flown once before and had never been outside the country.

But once he overcame his fears and took part in the program, Little, who is the Stanly County Teacher of the Year and a second-grade teacher at East Albemarle, learned new things not just about Mexico but about his teaching profession. The same goes for Kelly Dombrowski, principal at Oakboro Choice STEM School, who also was on the trip, and referred to it as “humbling.”

As part of the Go Global NC’s Global Teachers program, 41 educators from across North Carolina traveled to Mexico for 10 days in June. Last year, SCS teacher Christi Edwards traveled to China with the same program.

The teachers who visited Mexico learned about the country’s culture and its educational system.

“Our annual Global Teachers program provides North Carolina’s teachers with professional development they can use to develop global-ready students,” said Nicholas Rau, director of education and training at Go Global NC. “Educators are immersed in new cultures and have new global experiences they can immediately incorporate into their classrooms.”

The program “focused on a collaboration of teachers in a global society,” Little said. “They’re wanting us to link our classrooms with classrooms around the world.”

Mexico is linked to the United States, he said, now more than ever.

The country is America’s second largest trading partner and Spanish is the most common taught foreign language in public schools.

During the trip, the teachers toured various schools, visited a migrant center and several temples.

The group spent time in Mexico City, Irapuato and Guanajuato.

A profound moment for Little occurred when he and others were in a third-grade classroom at Escuela Primaria Luis Chavez Orozco in Irapuato watching Elisa Herajindez teach a math lesson.

“All of a sudden we all looked at each other and said, ‘She’s teaching place value, she’s teaching base ten,’ ” he said.

Little and other teachers helped Herajindez with the lesson and interacted with the students.

“It was a magical moment,” he said.

Little said he learned things from the classroom he plans to apply to his classroom next school year.

Dombrowski said many of the teachers she interacted with reminded her of teachers at Oakboro Choice.

“No matter the caliber of the type of school or caliber of resources, the teachers were so invested in their children,” she said.

She saw the same excitement for learning she sees in Stanly.

For example, Little was surprised to find second-grade students working on their multiplication tables. Students in North Carolina learn multiplication in the third grade.

Also, middle schools in Mexico are similar to high schools in America, Little said, because when students graduate eighth grade, they have to start finding jobs. Technical schools are an option, but they are not free and are often more spread out. 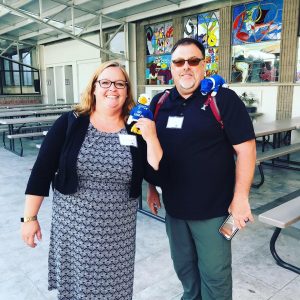 Being an outsider in a foreign country with little to no understanding of the language had an impact on Dombrowski.

“Not speaking the language was very eye opening to experience what our non-English speaking families experience day in and day out when they come into the school,” she said. “It’s taxing on the brain.”

She said she is now more empathetic towards many of her students who are still learning to speak English.

What stood out to Little was the pride and resiliency of the Mexican people, especially when many of them don’t have easy access to clean water.

“Water is a big-time problem for everybody in Mexico,” he said.

The people try to catch as much rainwater as they can to simply flush their toilets, he said.

The teachers interacted and worked with several Mexican nonprofit groups, including Isla Urbana, which works to provide clean water for communities.

“They’re facing some dire problems that they keep working to overcome,” Little said.

Many of the students are also impacted by lack of water and it affects their ability in the classroom and their readiness to learn, Dombrowski said.

“If you haven’t been able to have clean water…that’s impactful,” she said.

Even though America has poverty and other issues, “access to water, we don’t think about it,” Little said. If someone needs water, they can usually find a way to get it in America.

Seeing the adversity many families go through to get clean water had an impact on Little.

“I’ve got to step up and I’ve got to start doing more to help people be aware of our neighbors’ plights,” he said. “They need assistance. They need help.”

Little plans to meet with school officials to talk about partnering with some of the nonprofits in Mexico. An idea he mentioned was working with Isla Urbana to help raise funds to continue providing clean water to communities.

Similar to sister cities, Little would also like SCS to establish sister schools in Mexico.

Dombrowski wants to meet with her teachers about the possibility of creating sister classrooms.

She said it’s important for her students to have global exposure and hear perspectives on topics from students in a different country.