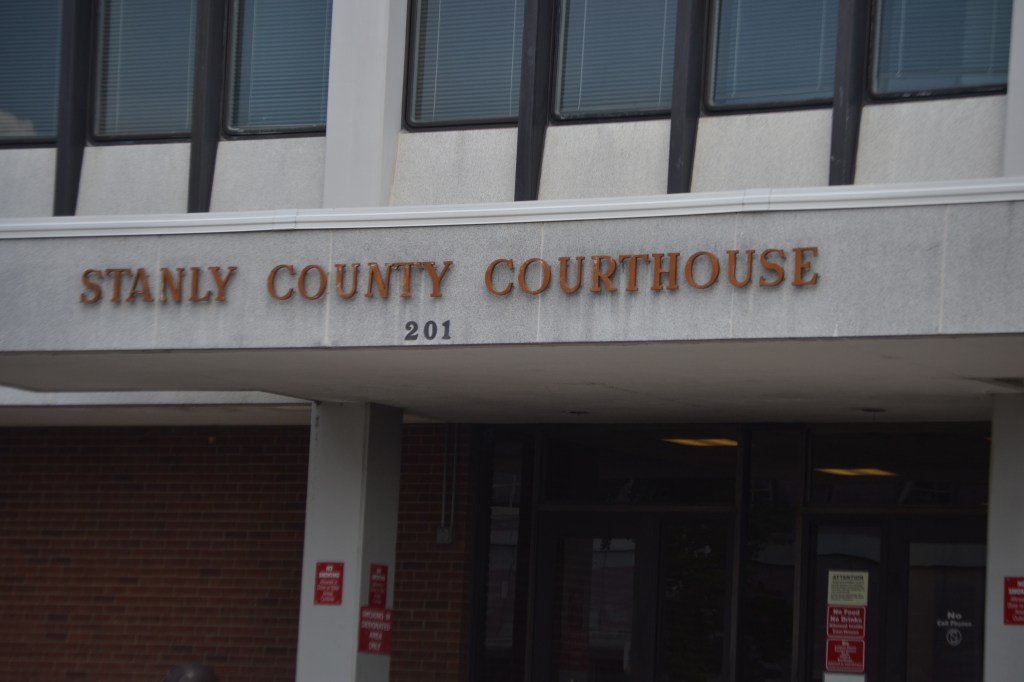 The Stanly County Courthouse is in downtown Albemarle.

Some North Carolina lawmakers are pushing for a statute making it easier for criminal records to be sealed.

Late last month, Pennsylvania passed a law allowing for more than 40 million criminal charges to be eligible for automatic sealing.

Under the statute, dubbed the Clean State Law, the public will no longer be able to pull up arrests or convictions. Law enforcement will still be able to pull these records.

The law applies to non-convictions and summary offenses, such as drunk driving, shoplifting and prostitution. The new rule aims to help those who may have trouble finding a job or renting a house due to a criminal record.

In North Carolina, most arrest records remain public. While it’s not a law, most employers and landlords make it a requirement to complete a background check when filling out an application. Most universities also run background checks on their applicants.

In 2011, N.C. passed a law allowing first-time offenders to remove misdemeanor or felony convictions from their record. Stanly County Clerk of Court Michael Huneycutt said he sees hundreds of expungement requests come through his office every year.

“There’s a lot involved in the process,” Huneycutt said.

Those wanting to get their records cleared must pay a $175 court filing fee to their county clerk’s office. In some counties, a copy of a person’s criminal record is also required.

Before a judge can sign off, expungement requests must go through the Administrative Office of the Courts and the State Bureau of Investigation. Approved requests have to be sent back to other agencies for bookkeeping. Huneycutt said this process can take anywhere from two to six months.

“We have to go back through every case to make sure files have been erased,” Huneycutt said.

Huneycutt said almost everyone has something on their record. He said even the smallest charge can create trouble for someone applying for jobs or in the market for a house.

“Everyone’s a criminal,” said Huneycutt. “If you’ve ever gotten a ticket for speeding or having an expired registration, you’re a criminal in the eyes of the law.”

Earlier this year, the N.C. Senate introduced the Second Chance Act. Currently making its way through the state legislature, the bill would automatically expunge people of criminal charges that were dismissed or found “not guilty” after Dec. 1, 2019.

The bill would allow people with nonviolent misdemeanor and felony charges to petition for expungement after a certain period of time.